Update, 7/11/22, 10:05 a.m. ET: NASA has announced plans to release the first Webb image a day early, with President Joe Biden doing the honor at a preview event at the White House on July 11. The event will begin at 5 p.m. ET, and you can watch it live on NASA TV.

The James Webb Space Telescope has peered deeper into space than we’ve ever looked before. NASA has now told the world what it saw — and on July 12, we’ll get to see it all for ourselves.

The background: NASA began developing Webb — the world’s largest and most powerful space telescope — in 1996. It planned to launch the spacecraft in 2007, but budget overruns and technical delays pushed the launch to December 2021.

But less than two months later, Webb reached its destination in space, a million miles away from Earth, and began taking its first images to calibrate its mirrors, which worked flawlessly.

In June, NASA announced plans to share Webb’s first full-color scientific images with the public during a live stream scheduled for July 12. The album will include the deepest image of the universe ever taken and one revealing the atmosphere of a planet orbiting another star.

The targets: With the unveiling just days away, NASA has now shared a list of the exact celestial objects we can expect to see in the Webb images, chosen by reps from NASA, ESA, CSA, and the Space Telescope Science Institute.

This list includes two nebulae — giant clouds of dust and gas in which stars form.

One of them, the Carina Nebula, is a super-bright “emission nebula,” containing many stars more massive than our sun. The other — the Southern Ring Nebula — is a “planetary nebula,” meaning it surrounds a dying star.

The exoplanet the Webb imaged is WASP-96 b, a gas giant about half as massive as Jupiter. It’s nearly 1,150 light-years away from Earth and circles its star every 3.4 days.

The released Webb images will also include the much, much more distant Stephan’s Quintet. Located about 290 million light-years away, it’s a compact galaxy group containing — you guessed it — five galaxies, four of which repeatedly pass close by one another.

The final target is SMACS 0723, a galaxy cluster 4.2 billion light-years away.

The incredible amount of mass in the cluster distorts and magnifies the light from objects behind it, due to a phenomenon called “gravitational lensing” — and that should allow Webb to take the deepest-ever image of our universe.

“It’s an emotional moment when you see nature suddenly releasing some of its secrets.”

Get pumped: The Webb images might not be public yet, but astronomers who’ve gotten a chance to see them are hugely impressed.

​​”When I first saw the images… of this deep field of this galaxy cluster lensing, I looked at the images, and I suddenly learned three things about the universe that I didn’t know before,” Dan Coe, an astronomer at STSI, told AFP. “It’s totally blown my mind.”

Based on the reaction of Thomas Zurbuchen, NASA’s head of scientific programs, you might even want to have a box of tissues handy if you plan to tune in to NASA’s live stream — he says the Webb images almost moved him to tears.

“It’s really hard to not look at the universe in a new light and not just have a moment that is deeply personal,” he said. “It’s an emotional moment when you see nature suddenly releasing some of its secrets, and I would like you to imagine and look forward to that.” 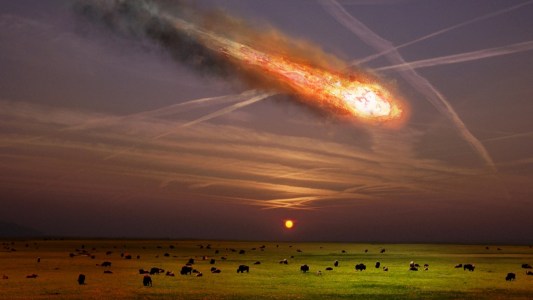 Asteroid strikes, supernova explosions, and gamma-ray bursts are just a few of the ways the cosmos can kill us.

Disaster Response
The cosmos can kill us in many ways. But the James Webb Space Telescope can help save us
Subscribe to Freethink for more great stories
Subscription Center
Challenges
Video
Freethink
Subscribe
We focus on solutions: the smartest people, the biggest ideas, and the most ground breaking technology shaping our future.
Subscribe