The US is committed to helping the Japan Aerospace Exploration Agency (JAXA) reach its goal of putting the first Japanese astronaut on the moon by 2030 — potentially making Japan just the second nation to have a representative on the lunar surface.

Space buds: NASA and JAXA have long been partners in space — they collaborated on the International Space Station, developed and launched a space telescope together, and, more recently, struck a deal to exchange samples collected from asteroids.

“[I] look forward to the first Japanese astronaut joining us in the mission to the lunar surface.”

After a May 23 meeting with Japanese Prime Minister Fumio Kishida in Tokyo, President Joe Biden reaffirmed the US’s commitment to maintaining the relationship in the future, too — by helping JAXA put a Japanese astronaut on the moon.

“I’m excited about the work we’ll do together on the Gateway station around the moon and look forward to the first Japanese astronaut joining us in the mission to the lunar surface under the Artemis program,” said President Biden.

Artemis timeline: NASA plans to conduct a “wet” dress rehearsal for its Artemis 1 system — a Space Launch System (SLS) rocket with an uncrewed Orion capsule on top — in June 2022.

If that rehearsal goes well, the rocket could launch as soon as August 2022. The capsule would then spend at least 26 days in space, including a 6-day orbit around the moon, before returning to Earth. (However, SLS has been chronically behind schedule for years, so this launch may well be delayed.)

NASA plans to launch Artemis 2 in 2024. That mission will see four astronauts (including one from Canada) orbit the moon in an Orion capsule. The Artemis 3 mission will then land on the moon in 2025, putting the first woman and first person of color on the lunar surface.

Additional crewed Artemis missions are planned for 2028, 2029, and 2030 — any one of those could be the mission that sees the first Japanese astronaut walk on the moon.

Looking ahead: NASA and JAXA are also collaborating on Gateway, a moon-orbiting space station. Along with partners in the European and Canadian space agencies, they plan to launch the station’s first modules in 2024 to support crewed missions to the lunar surface.

The plan for Gateway extends beyond the moon, though. It’s expected to serve as a staging post for future missions to Mars as well, and JAXA’s involvement with the station means a Japanese astronaut could be among the first people to walk on the Red Planet, too. 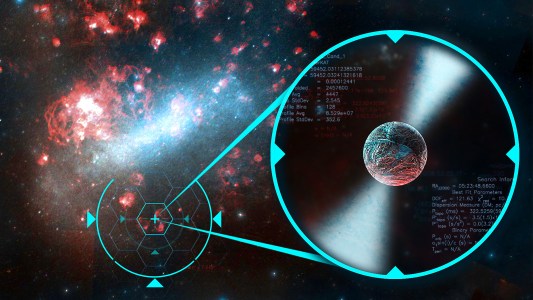 Australian astronomers have discovered the brightest pulsar ever seen outside the Milky Way by putting “sunglasses” on a telescope.