A new study predicts that space radiation alone wouldn’t make missions to Mars too risky for astronauts — as long as we timed them right and explorers returned to Earth within four years.

“This study shows that while space radiation … presents technological difficulties for human missions to Mars, such a mission is viable,” Yuri Shprits, the study’s co-author and a UCLA research geophysicist, said in a press release.

Space radiation: The top priority of any human missions to Mars is keeping astronauts safe, and that means accounting for the many, many threats they’ll face beyond Earth’s atmosphere — including space radiation.

This radiation is emitted by the sun and other stars, and while Earth’s magnetic field deflects most of it, astronauts in space and on Mars (which lacks a magnetic field) wouldn’t be so lucky.

“One day in space is equivalent to the radiation received on Earth for a whole year,” Marco Durante, a physicist working with the European Space Agency, explained in 2019.

The solar cycle: To determine whether missions to Mars would be too risky for astronauts, an international team of scientists looked at the effect of the sun’s 11-year-long solar cycle on space radiation.

The sun is most active at a point in this cycle called the “solar maximum.” That activity from our sun actually deflects the most dangerous space radiation, which comes from outside the solar system.

So, counterintuitively, by launching missions to Mars during the solar maximum, we can minimize astronaut’s exposure to radiation.

Combine that timing with sufficiently shielded spacecraft, and astronauts should be able to spend up to four years in space (or on Mars) without absorbing dangerously high levels of space radiation, the scientists determined.

Missions to Mars: The scientists studied exposure based on spacecraft shielding made from aluminium, but it’s possible that other types of materials under consideration for Mars missions could give astronauts a whole extra year in space, they wrote.

As it stands, though, it takes just 18 months to travel to Mars and back, so even if astronauts were limited to just four years, they should still be able to make the journey — plus spend time on the Red Planet’s surface — without severe risks to their health. 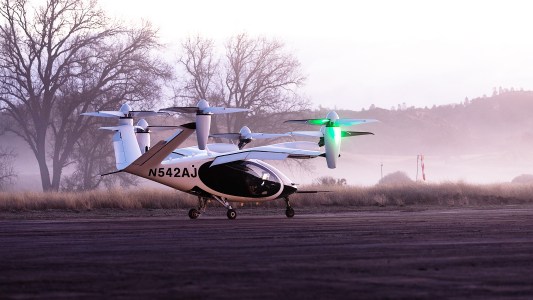 NASA is spending two weeks listening to Joby Aviation’s flying taxi as part of a campaign to integrate eVTOL vehicles into U.S. airspace.

Transportation
Why NASA is testing an electric flying taxi
Subscribe to Freethink for more great stories
Subscription Center
Sections
Video
Freethink
Subscribe
We focus on solutions: the smartest people, the biggest ideas, and the most ground breaking technology shaping our future.
Subscribe