The moon’s south pole may be the next destination hotspot. The European Space Agency (ESA) has identified it as a possible place to establish a moonbase, given its constant exposure to sunlight and the possibility of water.

A team of researchers in Estonia have already jumped into designing solar panels that could power just such a lunar settlement.

How it works: Scientists at Tallinn University of Technology (TalTech) are working on solar cell technology that looks oddly like sandpaper.

Embedded in each polymer sheet are thousands of crystals, each about the size of a grain of sand. These microcrystals are coated with buffer and window layers to finish the solar cell. The tiny microcrystals absorb sunlight — each acting as a mini solar cell that generates power.

“There is a strong drive at the moment to prepare a return to the lunar surface, for long duration stays. It is important to start developing the technologies which will allow us to build and operate long term infrastructure.”

The panels could be ideal for a lunar base because the microcrystal design allows for the production of low-cost, flexible solar panels, which could cover large areas because of the endless size and shape options, reports E&T Magazine.

The team also found that the microcrystals could be made from materials found in the moon’s surface and regolith, such as iron, sulfur, and pyrite (aka “fool’s gold”). So the inhabitants of the moonbase could theoretically collect materials to repair the panels as needed.

“TalTech scientists have been working on monograin-layer solar cell technology for terrestrial applications for a couple of decades already,” Marit Kauk-Kuusik, head of the university’s photovoltaic materials lab told E&T.

“The core innovation is the unique light-absorbing layer made of the single-crystalline powder, which contains abundant and low-cost elements. Solar cells based on this technology will bring innovation to the building-integrated solar power field.”

Moon power: As more space organizations are exploring the idea of establishing a moonbase or camp on other celestial bodies, like Mars, they will have to figure out how to support the occupants without ready access to Earth. The ideas run the gamut from fish farms on the moon to lunar habitats that seem more fitting for the movies.

But power is the number one need for making everything else possible.

The TalTech team isn’t the only one trying to power the future moonbase. Earlier this month, NASA began accepting proposals for establishing a lunar-based nuclear power system in the next decade.

“There is a strong drive at the moment, from international space agencies including ESA and from private companies, to prepare a return to the lunar surface, for long duration stays. To make future activities possible, it is important to start developing the technologies which will allow us to build and operate long term infrastructure,” said the ESA’s Advenit Makaya, reports Space Ref. “And a sustainable way of doing it, is to use local resources to manufacture what we need.” 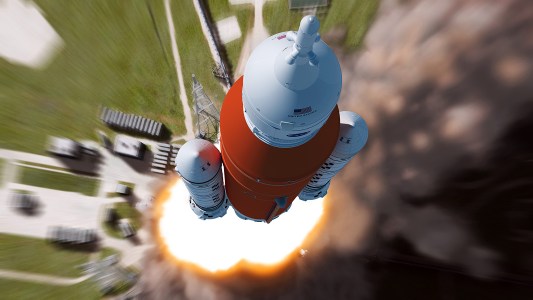 2022 will be a big year for space missions, with huge rocket launches, several rover rollouts, and a first-of-its-kind asteroid collision.

Aerospace
The most anticipated space missions of 2022
Subscribe to Freethink for more great stories
Subscription Center
Challenges
Video
Freethink
Subscribe
We focus on solutions: the smartest people, the biggest ideas, and the most ground breaking technology shaping our future.
Subscribe