The slime mold: Physarum polycephalum is a slime mold commonly referred to as the Blob because, well… it’s just one big, blob-like cell.

Despite its unsophisticated appearance, the Blob is a fascinating organism. Scientists have seen it complete mazes, learn new skills, and store memories — all without anything resembling a brain.

Figuring out how the strange slime mold can do all of these things is still a work in progress, though.

“We don’t know what will happen.”

Going up: A new space station resupply mission is set to launch on August 10, and among the cargo will be four Blobs. In September, French astronaut Thomas Pesquet will conduct a seven-day experiment to see how the slime mold eats and moves in microgravity.

“We don’t know what will happen,” Audrey Dussutour, the project’s principal investigator, told France 24 in March. “We will see how they move, how they feed. Maybe their behaviour will change, instead of growing flat they will gain volume.”

Why: Studying this weirdly smart slime mold might teach us new things about intelligence in general, according to Nirosha Murugan, first author of an unrelated study on the Blob.

“Figuring out how proto-intelligent life manages to do this type of computation gives us more insight into the underpinnings of animal cognition and behavior, including our own,” she explained in a news release.

DIY Blobs: While Pesquet is conducting the experiment in space, students at thousands of French schools will be feeding their own slime molds on Earth, using “Blob kits” provided by France’s National Centre for Space Studies (CNES).

The students will conduct the same experiment as Pesquet, and then compare their results to the astronaut’s.

“Blob is a unique experience that stimulates student curiosity about themes such as the impact of the environment on organisms and the development of living organisms,” Evelyne Cortiade-Marché, head of the CNES education department, told NASA.

“This educational experiment offers the opportunity to carry out a real scientific experimental process in a playful, collaborative, and media-oriented context,” she added.

Looking ahead: While the ISS experiment may yield some interesting insights into the “brain” of the Blob, it won’t be enough to concretely explain the slime mold’s strange cognition.

“You would have had to send at least 10 Blobs,” Dussutour said. “That was far too expensive, but who knows? If this first experiment is positive, maybe we can send more Blobs on a future mission.” 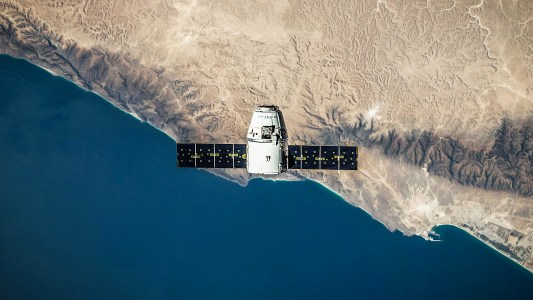