Many modern satellites use solar cells to continuously harvest the sun’s energy, allowing them to power their electrical circuits without significant battery storage. Yet in the harsh environment of outer space, unshielded by Earth’s atmosphere, these materials are also vulnerable – especially to solar radiation, in the form of high-energy protons and electrons that stream from the sun.

The challenge: When the semiconductors in solar cells are bombarded with these particles, their atoms, arranged in orderly crystal lattices, are knocked out of place, disrupting their ability to convert incoming sunlight into electricity.

Over time, this will gradually degrade the cell’s performance, eventually killing the satellite.

The extent of this damage can vary widely. While radiation isn’t too severe at lower altitudes, where most satellites currently reside, they are far more vulnerable in mid-Earth orbit, where a belt of high-energy protons from the sun has been captured by Earth’s magnetic field. This is a mounting problem, since low-Earth orbit is becoming increasingly cluttered with satellites.

It also presents a challenge for more distant missions to other planets and moons. For example, Jupiter’s moon, Europa, is one of the most widely-studied targets for future missions, since many astronomers view its vast subsurface ocean as one of the most likely environments in the solar system to potentially harbor extraterrestrial life.

However, since Jupiter bombards Europa’s surface with some of the harshest radiation in the solar system, satellites orbiting the moon would be particularly vulnerable.

Less is more: Surprisingly, the key to stronger solar cells may be making them thinner.

Physicists have recently made advances towards solar cells just tens of nanometers thick. When exposed to solar radiation, high-energy protons and electrons are more likely simply to pass straight through these materials — never interacting with the atoms in their orderly crystal lattices.

Yet before ultra-thin solar cells can be used to power satellites in future space missions, researchers will first need to establish robust techniques to test their performance when exposed to harsh radiation. Through a new study, published in the Journal of Applied Physics, a team of UK researchers have made promising steps towards these tests.

The key to stronger solar cells may be making them thinner.

The experiment: Led by Armin Barthel at the University of Cambridge, the team’s experiment focused on gallium arsenide (GaAs): a semiconductor which can be manufactured with a thickness of just 80 nanometres, and is currently viewed as one of the most promising materials for use in ultra-thin solar cells.

Their study considered two possible designs: one featuring several stacked layers of the GaAs; and the other containing a single layer, backed with a silver mirror to enhance its light absorption.

They then used a specialized electron microscopy technique to map out the resulting displacement of atoms from their original lattice arrangements. At the same time, they subjected thicker, more conventional solar cells to a similarly harsh treatment.

In parallel with this experiment, Barthel’s team measured the difference in power generated by each type of solar cell, both before and after being irradiated. They found that the resilience of the GaAs solar cells meant that even when the surface they covered was 3.5 times lower than the thicker materials they studied, they were projected to deliver the same amount of power over a 20-year period.

More resilient satellites: If this performance could be maintained in real satellites, it would not only extend their operational lifetimes but the reduced weight would also require less energy to launch, making these future space missions less costly and more efficient.

By building on their techniques, Barthel’s team hope that researchers in future studies could reliably examine and compare the performance of ultra-thin solar cells with even more advanced designs.

This could ultimately lead to new generations of more resilient satellites — potentially opening up the expansive regions of mid-Earth orbit to more satellite operations. As low-Earth orbit becomes increasingly crowded, this could ensure that critical satellite applications including navigation, communication, and weather forecasting can continue to advance and expand.

Elsewhere, the team’s techniques could lead to space probes which are better suited for exploring more distant reaches of our solar system — helping astronomers to answer some of the most pressing questions about our solar system, such as whether life could really be out there on worlds like Europa. 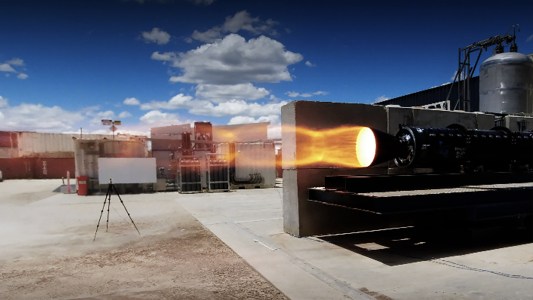 Gilmour Space expects to launch its first rocket in 2023, which will add Australia to the short list of nations to send rockets to space.