Scientists have discovered a huge store of hidden water on Mars — and it could be the key to human survival on the Red Planet.

The challenge: Researchers have already discovered ice water on Mars at or near the surface of its frigid poles. They’ve also found evidence of water — either in the form of ice or bound to minerals in the soil — deep underground closer to the Red Planet’s equator.

What they really want, though, is near-surface water closer to the equator. That’s where future Mars explorers are likely to land, and an accessible source of water would be hugely useful for their missions, not only for drinking and growing food, but also for creating oxygen and fuel.

The problem is that near-surface water quickly evaporates around the equator, due to the temperature and pressure conditions (it’s warmer and the atmosphere is thin).

Martian permafrost: The ExoMars Orbiter operated by the European Space Agency (ESA) and Russia’s space agency, Roscosmos, has now discovered water on Mars just below the surface in the Valles Marineris — a massive canyon system that runs along the planet’s equator.

“We found a central part of Valles Marineris to be packed full of water — far more water than we expected,” Roscosmos’ Alexey Malakhov said.

The newly discovered water on Mars is within the top 3 feet of soil and is an area about the size of the Netherlands, according to the researchers. They wouldn’t expect to see so much water if it was tied up in soil minerals, so that leads them to believe it’s most likely ice.

“This is very much like Earth’s permafrost regions, where water ice permanently persists under dry soil because of the constant low temperatures,” Malakhov said.

How to spot water on Mars: Because the water is beneath the surface, you can’t see it just by looking at pictures.

The discovery was made possible by the Fine Resolution Epithermal Neutron Detector (FREND), onboard the ExoMars Orbiter, which spots the subatomic particles lurking just below Mars’ surface.

“Neutrons are produced when highly energetic particles known as ‘galactic cosmic rays’ strike Mars,” Malakhov said. “Drier soils emit more neutrons than wetter ones, and so we can deduce how much water is in a soil by looking at the neutrons it emits.”

The mystery: The scientists now want to figure out why this newly discovered water on Mars isn’t evaporating. The ESA suspects that “some special, as-yet-unclear mix of conditions must be present in Valles Marineris to preserve the water — or that it is somehow being replenished.”

Whatever the answer to that question may be, this newly discovered water might do more than help future Mars colonists — it could also inform our hunt for ancient extraterrestrial life, according to ExoMars Orbiter project scientist Colin Wilson.

“Knowing more about how and where water exists on present-day Mars is essential to understand what happened to Mars’ once-abundant water and helps our search for habitable environments, possible signs of past life, and organic materials from Mars’ earliest days,” he said. 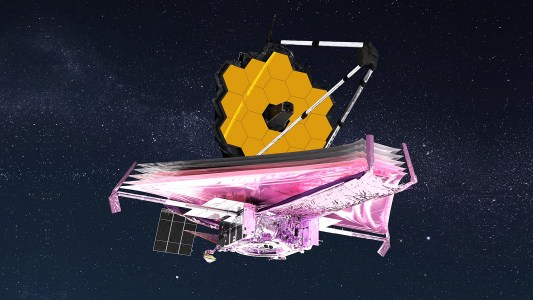 With Hubble living on borrowed time, NASA and its partners prepare to launch the satellite’s successor: the James Webb Space Telescope.

Aerospace
The Hubble Space Telescope is dying. Here’s what’s next.
Subscribe to Freethink for more great stories
Subscription Center
Sections
Video
Freethink
Subscribe
We focus on solutions: the smartest people, the biggest ideas, and the most ground breaking technology shaping our future.
Subscribe