The next time a company wants to do business with Walmart, they may find themselves negotiating the terms via chat — and the party on the other end of the line won’t be human. In fact, said party might very well be conducting negotiations with multiple other people at the same time.

That’s because it’ll be an AI.

Walmart and Wesco International are among the first major companies to use this so-called Negotiation-as-a-Service (NaaS) product from Pactum. Logistics giant Maersk has also recently begun developing a pilot with the U.S.-Estonian startup.

“The system learns how people negotiate. It tries different strategies and tactics and gets better with each subsequent negotiation.”

The company claims it’s the first in the world to roll out an automated AI negotiation tool with enterprise vendors — and bagged $11 million in funding last month to scale their capabilities.

How it works: Pactum’s AI is capable of reading contracts, integrating the priorities and instructions of both parties, negotiating on behalf of clients — and learning from the process.

For now, Pactum is focused on enterprise customers like Walmart because this is where Pactum CEO Martin Rand sees the greatest potential for the pros of automation to outweigh the potential cons.

A company like Walmart will have thousands of these long-tail agreements. Rand said that Walmart has increased profitability between 2.8-6.8% on deals negotiated by Pactum.

Always learning: After a company decides to use Pactum, there is a process of training the AI to fit the specific needs of the respective client. Human negotiation experts from Pactum answer questions around bargaining targets, details, and specific terms and conditions that apply to the circumstances. Through this process, acceptable trade-offs and deal-breakers are established.

Vendors engage with Pactum’s software through a chatbot interface. It uses a series of questions with the goal of revealing suppliers’ preferences, then seeks to find a solution that maximizes value for the client within these parameters.

Each interaction adds more data to the AI’s training set. Over time, this equips it with more tactics to use in negotiations.

“The system learns how people negotiate,” Rand said. “It tries different strategies and tactics and gets better with each subsequent negotiation.”

Cold water: Pactum isn’t a person, so it’s likely there will be cases in which its natural language processing doesn’t understand a term, or the more human aspects of conversation like tone and subtext.

There is also the risk that vendors will feel devalued or dehumanized in the negotiation process. However, Rand says that vendors that have used the system so far report feeling more heard in negotiations because the chatbot interface was more than they were offered by these companies previously.

Ben Blume, a partner at Atomico, who led Pactum’s latest fundraising round, believes that in streamlining inefficiencies in the process, Pactum can create win-win situations.

“Fortune 500 procurement leaders have told us that negotiated agreements are the backbone of their economic engagement, but that their practices for managing supplier contracts are currently filled with inefficiency, uncertainty, and untapped value,” Blume told ZDNet.

“Pactum (has) pioneered a unique approach that makes the negotiating process more supplier-friendly and improves outcomes for both parties … with the ability to create significant amounts of value for both buyers and suppliers of all kinds.” 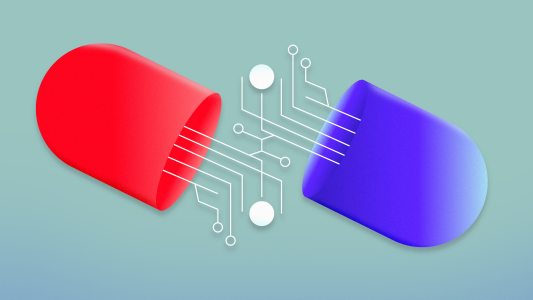 While looking for drugs to potentially fight Alzheimer’s, a high school researcher’s AI did “comically” bad, until he thought of it as a search engine.