Dementia can make it hard for a person to focus and remain alert — two things that are really important for road safety. Being able to identify when someone is experiencing early signs of cognitive impairment could be key to saving lives on the road — unfortunately, it’s not always easy to notice these early signs.

Now, machine learning could make it easier to detect dementia.

The innovation: A team led by researchers at Columbia University has developed machine learning models that detect early and mild cognitive impairment in older drivers with 88% accuracy.

The opportunity: By analyzing driving behavior, these machine learning algorithms can help identify when a driver might be exhibiting early indicators of dementia and mild cognitive impairment. This can keep older people safer, as well as lead to early diagnosis of cognitive impairment.

Data for good: To create these algorithms, the team used data captured in the AAA Foundation for Traffic Safety’s LongROAD project.

In LongROAD, recording devices were installed in the cars of 2977 participants from August 2015 to March 2019. According to the study, devices were used to collect driving data including things like how long a trip took and how many times the driver made a hard brake.

The researchers trained machine learning models to detect signs of mild cognitive impairment and dementia and then ran them on data generated during the study.

When age was taken into account, the models were able to predict dementia 88% of the time. When relying on driving variables alone, without looking at age, the accuracy rate dropped to 66%.

The upshot: Dr. Guohua Li, a professor of epidemiology and anesthesiology at Columbia and senior author on the paper, expressed hope that these models could offer a non-invasive new means of identifying dementia in older drivers, but they still require research and validation before they’re ready for public use.

“If validated, the algorithms developed in this study could provide a novel, unobtrusive screening tool for early detection and management of mild cognitive impairment and dementia in older drivers,” Li said in a statement.

In the future, this development could lead to a smartphone app or car software that could monitor driving patterns for early signs of cognitive decline.

Needless to say, this application is only useful if we are still driving our own cars in the future. 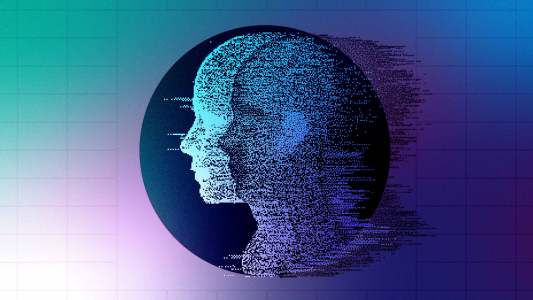 Mind Bank Ai wants to create a “personal digital twin” of you to forever be around. Is AI eternity around the corner?

AI
You can now live forever. (Your AI-powered twin, that is).
Subscribe to Freethink for more great stories
Subscription Center
Challenges
Video
Freethink
Subscribe
We focus on solutions: the smartest people, the biggest ideas, and the most ground breaking technology shaping our future.
Subscribe