Biometrics: Every person has measurable physical characteristics that are unique to them — and because these attributes are unique and measurable, they can be used to verify our identity.

Biometric technologies — like the one that probably unlocks your phone — automate this verification, analyzing a face, fingerprint, or palm for distinct identifiers linked to a specific person.

The challenge: Payment authorization has been a major application of biometric technology as it’s much harder to steal someone’s identity if a bank account is linked to the owner’s fingerprint or face.

However, many people are still wary of biometric payment systems (and biometric systems, in general) because they don’t like the idea of a company having part of them filed away in a potentially breachable database.

“If your credit card number leaks, you can get a new credit card,” Evan Greer, deputy director of the privacy group Fight for the Future, told the Washington Post in October. “If a biometric scan of your palm leaks, you can’t get a new hand.”

Amazon One: Amazon seems to be banking on the idea that the convenience of biometric payment tech will outweigh customers’ privacy concerns.

In September, it launched “Amazon One” — a biometric technology that uses a person’s palm print to confirm their identity — at two of its cashierless Amazon Go stores in Seattle.

If a biometric scan of your palm leaks, you can’t get a new hand.

To use the tech, customers insert a credit card into the device and then let it scan their palm. After that, they simply hold a hand over the system to pay for items.

Why it matters: Amazon One could be the system that makes palm-scanning biometric payment tech mainstream.

While there are only 26 Amazon Go stores in the U.S., there are about 500 Whole Foods locations, all owned by Amazon. If the reaction to Amazon One is positive at these Seattle stores, the tech could be rolled out to the rest.

Amazon has also announced plans to sell its biometric payment system to third parties, such as other retailers, stadiums, and offices.

If enough places start offering the tech, customers might start viewing it as no riskier than handing a cashier a credit card — whether it is or not, perhaps, remains to be seen.

Business
The “great resignation” is a trend that began before the pandemic – and it may be the new normal
The current resignation behavior may seem like a new trend, data shows employee turnover has been rising steadily for the past decade.
Up Next 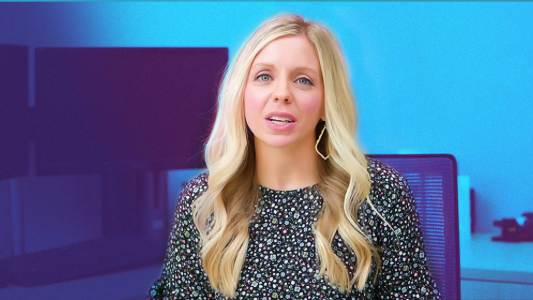 For First United Bank, a commitment to Conscious Capitalism changed the way they do business, and it’s paying off.

Business
Is conscious capitalism the future of business?1:44
Subscribe to Freethink for more great stories
Subscription Center
Challenges
Video
Freethink
Subscribe
We focus on solutions: the smartest people, the biggest ideas, and the most ground breaking technology shaping our future.
Subscribe