Today, anyone who wants to use a state-of-the-art IBM quantum computer can access one via the cloud — but the physical computer itself remains out of reach.

That won’t be the case for researchers at the Cleveland Clinic, though.

IBM has announced plans to install one of its quantum computers at the medical center as part of a 10-year collaboration between the two organizations, dubbed the “Discovery Accelerator.”

This installation will make the Cleveland Clinic the first private company in the U.S. to have an IBM quantum computer onsite — and it has the potential to lead to breakthroughs in medicine.

Quantum computers harness the strange physics of the subatomic world to complete calculations at incredible speeds. This makes them useful for research that would be too time-consuming — if not impossible — to conduct using classical computers.

Once installed, the IBM quantum computer will be the primary technology used at the Cleveland Clinic’s newly launched Global Center for Pathogen Research & Human Health.

There, researchers will use the computer to support studies into genomics, drug discovery, and more.

They’ll also have access to other IBM technologies as part of the collaboration, including the company’s cloud-based quantum computers, AI and robotics platforms, and other research tools.

“Through this innovative collaboration, we have a unique opportunity to bring the future to life,” Cleveland Clinic CEO Tom Mihaljevic said in a press release. “These new computing technologies can help revolutionize discovery in the life sciences.”

The specific IBM quantum computer heading to Cleveland is called a “Quantum System One.” It’s encased in an airtight, 9x9x9 foot glass cube to protect the system’s sensitive components.

The computer will have between 50 and 100 qubits — those are the quantum version of a classical computer’s “bits.”

We have a unique opportunity to bring the future to life.

The more qubits a quantum computer has, the more powerful it is, and with just 50 qubits, the Cleveland Clinic’s quantum computer will be able to complete complex calculations thousands of times faster than classical computers.

The medical center is already committed to upgrading its quantum capabilities, though — as part of the Discovery Accelerator collaboration, it’s agreed to buy an IBM quantum computer with 1,000+ qubits as soon as one’s ready, which the tech company predicts will be in 2023.

Medicine
Moms’ “super-antibodies” point the way to new antibody medicines
Pregnancy bestows on babies enhanced antibodies that can protect against a broader range of disease. Now, we know how. 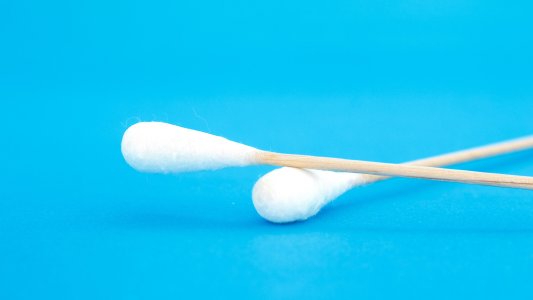 Researchers developed a skin swab test for Parkinson’s after studying a woman’s strange ability to smell the disease.