Recently, a team of researchers at University of Minnesota (UMN) built a robotic hand that can be controlled by the user’s thoughts, via a brain chip.

This may sound like a cool prop from some sci-fi flick, but, in reality, mind-controllable robotic limbs are becoming a life-changing technology for people with amputations, including injured soldiers.

Most current generation robotic body parts are equipped with sensors that recognize tiny movements in the remaining shoulder, chest, leg, or hand muscles. If a user needs to move their prosthetic part, he or she has to first trigger some muscular or bodily movement.

Learning and adjusting to such artificial body parts requires training, time, and patience — moreover, a physically weak individual may find it difficult to use them.

Explaining the difference between their neuroprosthetic hand and the current prosthetics, UMN researcher Jules Anh Tuan Nguyen said, “With other commercial prosthetic systems, when amputees want to move a finger, they don’t actually think about moving a finger. They’re trying to activate the muscles in their arm since that’s what the system reads. Because of that, these systems require a lot of learning and practice.

By contrast, their tech uses true mind-reading: “For our technology, because we interpret the nerve signal directly, it knows the patient’s intention. If they want to move a finger, all they have to do is think about moving that finger.”

The researchers highlight that mind-controllable body parts are ready to use right after installation. They don’t require much training, and this saves users from the additional stress and frustration of adapting to an artificial body part.

However, there are even more exciting advantages of such high-end prosthetics waiting to be unlocked.

The many possibilities of mind-controllable devices: Brain-controlled robotic parts will not only help people with an amputation but can also assist patients with paralysis and other kinds of neural and body-coordination-related disorders.

For instance, a brain-computer interface (BCI) — an algorithm-driven technology that uses different types of sensors to decode brain signals — can allow patients with paralysis to control their own robotic wheelchairs. BCIs have also enabled such patients to work on computers and tablets using their thoughts.

The neuroprosthetic hand developed at UMN, and published in the Journal of Neural Engineering, is controlled using a brain chip that employs advanced BCI. The neural chip comes equipped with an AI-powered neural decoder that employs machine learning to convert neural signals into machine-friendly mathematical data.

Most current generation prosthetics are equipped with sensors that recognize tiny movements in the remaining muscles. To move their prosthetic, a user has to first trigger some muscular movement.

The code can guide the movement of the robotic arm — or potentially anything controllable by a computer or the internet — at the user’s will.

The researchers at UMN suggest that users might be able to sync their brain chips with their phones and other gadgets. This would allow them to use their robotic hands to control every smart piece of technology around them.

“This technology was designed for amputees for sure, but if you talk about its true potential, this could be applicable to all of us,” wrote Zhi Yang, one of the scientists who led the development of the brain chip at UMN.

Privacy concerns linked to mind-controllable robots: Many previously published research papers concerning BCIs and brain chips argue that at some level, these advanced technologies that allow humans to control machines with their minds could pose a threat to their users’ privacy.

A 2017 article in Nature  from researchers at the University of Columbia argues that the integration of AI and BCIs could be used to manipulate human thinking and violate people’s privacy, so there is a need to set up ethical rules and strong safeguards to prevent such undesirable outcomes.

As far as brain chips are concerned, many IT and bionics experts believe that there is a possibility that brain chips could be hacked and then used against you.

Imagine you have a BCI that allows you to control a robotic assistant and many other smart devices at your home. If someone remotely hacks into the control of your chip, they could potentially steal private information, read or intercept some of your thoughts, or even make your robot do something you didn’t intend.

So should we accept or discard mind-controllable prosthetics? Technologies like BCIs and neuroprosthetic arms are indeed promising innovations. They have the potential to make humans more capable than ever. Imagine a person with an amputation feeling no loss of ability, a wounded soldier getting his limbs back without any mental struggle, a paralyzed person regaining their mobility.

All of this is possible, but we must also ensure our privacy and safety are protected from hackers and evil AI. 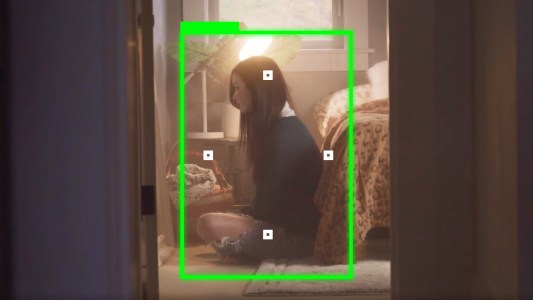 The technology is enabling law enforcement to shine a light on the darkest corners of the open internet.