A small study found that people can start to feel like a robotic finger is a part of their hand after just a short time using it — suggesting that our brains can take ownership of additional body parts.

An extra hand: We typically think of artificial body parts as replacements — a person is born without a leg or loses an arm in an accident, so they start using a prosthetic in its place.

But body augmentation doesn’t have to be limited to the parts humans are typically born with — one day, it might be common for people to strap on extra parts, perhaps a mind-controlled third arm, or maybe two extra hands and a tail.

How might our brains react to these additions, though? Would we feel like they’re a part of our bodies, which we can control instinctively? Or would they always be perceived as “other,” the same way we can use a tool but not feel like it’s an extension of us?

“It remains unclear if our brain can ’embody’ a truly independent additional limb.”

The challenge: To find out, it’d be useful to have a person control an extra body part the same way they do their biological ones: by sending electrical impulses from their brain to the muscles connected to it.

So far, though, studies of extra body parts have required participants to control the devices by moving other body parts, like this third thumb controlled by a toe. That “middle man” can make it hard to gauge how a person feels about the addition.

“It remains unclear if our brain can ‘embody’ a truly independent additional limb — one that can function independently of any other limbs,” said researcher Gowrishankar Ganesh from the French National Center for Scientific Research (CNRS).

The sixth finger: Ganesh teamed up with researchers from Japan’s University of Electro-Communications (UEC) for a study in which 18 participants wore a robotic “sixth finger” next to the little finger on one of their hands.

The participants were then asked to open and close their fingers (real and robotic) in response to music and visual cues while playing video games — this was to get them used to having the extra body part.

The researchers relied on questionnaires and behavioral tests to gauge the extent to which the participants “embodied” the robotic finger.

The questions asked that they think about their feelings while using the robotic finger and then rate how much they agreed with statements such as “The six-fingered hand began to look normal” and “I felt that the artificial finger was a part of my hand.”

The behavioral tests occurred both before and after participants used the sixth finger. These were conducted when a participant wasn’t wearing the extra appendage and were designed to gauge where they thought their little finger was in space when they couldn’t see it.

“This was an indication that they perceived the sixth finger as a part of their hand.”

The results: The researchers discovered a link between the participants’ ratings in the questionnaire and their ability to judge the location of their little finger after using the robotic one.

This study was small, but its conclusion — that a person can start to take ownership of an extra body part after a short time — is intriguing. Larger studies are now needed to confirm this and to see how people would react to “inhuman” body parts.

“It would be interesting to extend our study to verify whether humans can also embody limbs they do not possess, such as tails and wings!” said Miyawaki.

Psychology
How a healthy sex life can help minimize depression and anxiety symptoms
When you struggle with anxiety or depression, sex may be the last thing on your mind. But it can be a tool for well-being.
Up Next 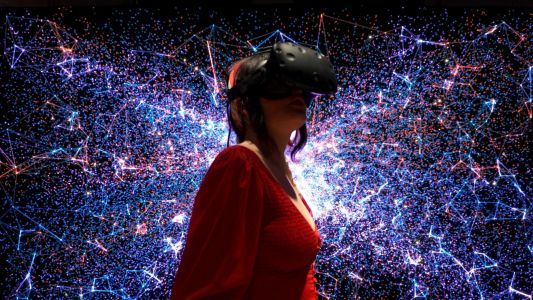 AR
Augmented reality will give us superpowers
Subscribe to Freethink for more great stories
Subscription Center
Challenges
Video
Freethink
Subscribe
We focus on solutions: the smartest people, the biggest ideas, and the most ground breaking technology shaping our future.
Subscribe