AUVs have proven to be a game changer for science at sea; everything from shipwreck hunting to studying the seafloor and deep ocean currents has found a use for the underwater drones — and the time and money they save.

Imagine dropping an underwater glider off the side of your ship to scan for a wreck while you check out a second site, eliminating the need for another expensive voyage.

“I think we truly are on the verge of a whole new age of discovery and exploration and understanding,” Jim Delgado, senior vice president at underwater archeology firm SEARCH, previously told me about AUVs.

As with any drone, power is a concern, and the current ways of keeping AUVs running have turned many an underwater glider or floating probe into a one-and-done device, as researchers lack the capital and fleet to snag them all back after their mission is over, IEEE Spectrum reports.

The problem isn’t just a financial one; it also means more lithium-ion batteries in the seas, where they can possibly leak toxic materials.

“Our goal is to deploy our energy harvesting system to use renewable energy to power those robots,” Yi Chao, Seatrec’s president and CEO, told Spectrum. “We’re going to save one battery at a time, so hopefully we’re going to not to dispose (of) more toxic batteries in the ocean.”

Seatrec’s solution is based on technology from NASA’s Jet Propulsion Laboratory and an idea first developed in 1989 by oceanographer Henry Stommel.

The idea is to take advantage of materials called “phase change materials.” These change physical states when they are heated or cooled — think how water expands as it’s heated.

Inside their underwater glider setup is a phase change material, based on paraffin wax, New Atlas explains. A cylinder of that wax surrounds a rubber tube filled with hydraulic oil.

When the underwater glider is, well, gliding in the cooler ocean depths, the wax is nice and cold and stays solid. As the underwater glider climbs into warmer water, however, the wax begins to melt. The wax expands as it becomes a liquid, pushing on the tuber and forcing the hydraulic oil through a generator.

The high-pressure oil spins the generator, creating power that can be drawn on instantly or socked away in a battery. When the underwater glider dives back into the brumal abyss, the wax solidifies, taking pressure off the tube, and the oil flows back in.

An underwater glider is already one of the more efficiently designed AUVs, gliding through massive marine parabolas to power itself along. Jules Jaffe, principal investigator at the Jaffe Laboratory for Underwater Imaging at the Scripps Institute of Oceanography, previously told me they can operate for a month or two.

Seatrec’s phase change material generator will be able to be retrofitted onto current underwater gliders, Chao told New Atlas, and will be tested at sea by Rutgers University this year.

Agriculture
3 ways autonomous farming is driving a new era of agriculture
Could autonomous tractors, drones, and seed-planters fill the growing labor shortage in the agricultural industry?
Up Next 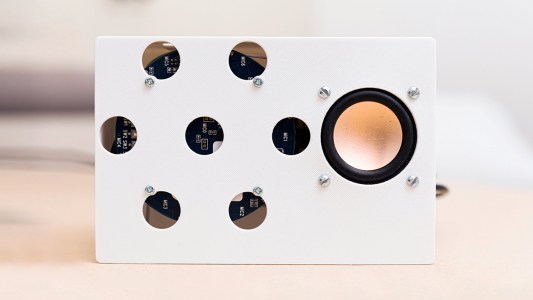 University of Washington researchers have transformed a smart speaker into a contactless heart rhythm monitor.