As a professional ballerina, Merritt Moore has shared the stage with some of the world’s most talented dancers, but when the pandemic forced her into lockdown, she was left without a partner — so she programmed herself one.

Moore isn’t just a talented dancer. She’s also an Oxford-trained scientist with a PhD in atomic and laser physics.

Early in 2020, the “quantum ballerina” spent six weeks doing a residency at Harvard’s ArtLab, investigating the intersection of robotics and dance. When the lockdown began, she reached out to robot manufacturer Universal Robotics, asking for a bot to keep her busy.

In August, one of the company’s industrial robots arrived at Moore’s London apartment — and soon after, the dancing robot, “Baryshnibot,” was born.

Usually, dancing involves a lot of coordinated limb action, but Baryshnibot isn’t humanoid — it’s a robotic arm, which is basically one limb with several joints along it.

That presented a unique — but rewarding — challenge for Moore when she set out to choreograph duets for herself and the dancing robot.

“As a kid I loved puzzles, and trying to make a single robotic arm parallel the movements of a human with a head, two arms, and two legs is quite the puzzle!” she told Freethink.

“It also has these six joints and different axes that provide surprising new shapes and forms,” she added, “which inspires me to be more creative.”

She started small, programming the robot to “dance” to 15 seconds’ worth of pop music with her — she’d bend one way, and the bot would, too, giving the illusion that they really were dancing together.

Each dance would take more than five hours to program, and getting the robot to dance fluidly — and not look like a robot doing The Robot — was particularly challenging.

“It’s hard to program the smoothness of circular motions,” Moore recently told Pointe Magazine. “That’s when I’ll go off to the techie side, and talk to scientists to figure out how to make it more interactive.”

More short clips of the quantum ballerina and her dancing robot followed in September and October, racking up millions of combined views.

Moore worked with London director Conor Gorman and cinematographer Howard Mills to create the film, but as with the shorter dances, she handled the choreography and programming herself.

In the future, though, she might be able to hand off some of those tasks to AI.

When she was living in Norway and performing with the Norwich National Ballet, Moore danced while wearing a motion capture suit that recorded all of her movements.

During her stint at Harvard’s ArtLab, she explored the possibility of using that data to train an AI to choreograph new duets between a human and a dancing robot like Baryshnibot — she even thinks such an AI might be able to teach her some new moves one day.

“AI and tech and the robots can be used as a tool to inspire new creative ideas for us humans,  to allow us to be more creative,” Moore told BBC Click. 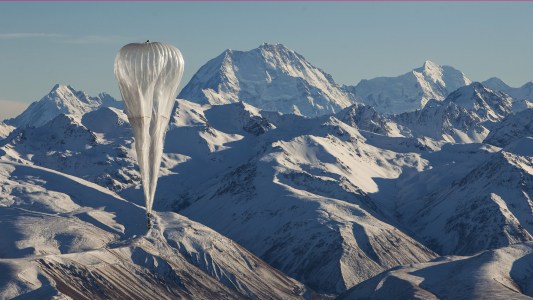