The Ukrainian gallerist had been showing and supporting Ukrainian work in her Kyiv gallery, Spivakovska Art:Ego, since 2014.

Now, seeking refuge across Europe with her two children in tow, she was receiving messages from artists in the east about the war that had arrived at their doors, destroying studios, workshops, and art.

She needed to help them.

Spivakovska decided to turn to NFTs to preserve some of what could have been destroyed and, working with Puerto Rican NFT gallery Lighthouse, selling contemporary works from the frontlines to support artists.

“When I got the phone call from her, it was 4 o’clock in the morning, and I knew it was something important,” Lighthouse founder and Libre Bitcoin chairwoman Crystal Rose Pierce told the NYT.

The works began to go on sale through popular auction platform OpenSea in early March.

Gallerist Lika Spivakovska and Puerto Rican gallery Lighthouse are using NFTs to sell contemporary works from the frontlines and support artists and charities.

“Wounded, but unconquered”: In addition to the Lighthouse show, where works can be purchased in the gallery’s Old San Juan location or online,  Spivakovska has set up another NFT gallery on popular auction platform OpenSea, the Support Ukraine Gallery.

According to their OpenSea listings, proceeds from Lighthouse’s show will go to the artists, their families, and humanitarian efforts, while revenue from Support Ukraine Gallery will go to the “army and artists.”

“Ukraine is wounded but unconquered,” Pierce told Roundtable during a tour of the physical show at Lighthouse. “It’s such an important message … we’re all crying for the hurt that’s happening and the wounds that are happening. But there’s so much strength, and it’s shown. And when these artists are releasing these works, we can see that.”

The works in the shows — Boschian-nightmare depictions of Putin; symbols of hope in  national flag motifs; sleeping children looking paradoxically at peace —  come from artists still caught in the conflict, Pierce told Roundtable, some created in bomb shelters under shelling.

“These works are really being created right now,” Pierce said.

“This is real. These are amazing people.” 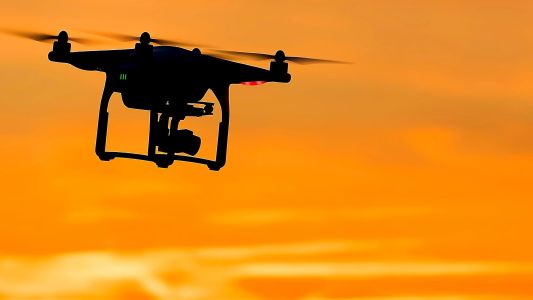 We need a universal code of conduct for deploying autonomous vehicles and drones in humanitarian settings.