Want to know what the worst possible future could look like? Turn on your TV and let Black Mirror or The Handmaid’s Tale convince you we’re doomed to be slaves to technology (or just slaves).

If you want to know what the best possible future could look like — and how we can make it happen — talk to someone involved in the solarpunk movement.

“If cyberpunk was ‘here is this future that we see coming and we don’t like it’, and steampunk is ‘here’s yesterday’s future that we wish we had,’ then solarpunk might be ‘here’s a future that we can want and we might actually be able to get,'” Adam Flynn, an early member of the solarpunk movement, explained in 2015.

This community is focused on not only imagining a future where we’ve overcome the problems inspiring today’s dystopian sci-fi (climate change, income inequality, descrimination, etc.), but also making that future a reality.

The term “solarpunk” has been floating around online since 2008, and the name itself telegraphs one of the movement’s key tenets: the widespread adoption of renewable energy sources, such as solar and wind.

Another pillar of the movement is a closer relationship between humanity and nature — think lots of urban farms, vertical forests, and backyard beehives.

Increased cooperation and compassion between all people is another common theme in the movement’s written works, as is a focus on technology’s ability to solve existing problems (rather than on creating new ones).

Solarpunk art, meanwhile, tends to depict Jetsons-like cities draped in greenery, with solar panels and wind farms aplenty. The fashion is flowy and often earth-toned, with an emphasis on sustainable fabrics and upcycling.

The thing that makes many dystopian TV shows so scary is that it’s easy to imagine them becoming reality — many of the technologies depicted in Black Mirror are already in some stage of development, and The Handmaid’s Tale coming to life would simply be a matter of history repeating itself.

However, that’s the same thing that makes the solarpunk movement so enticing — it’s not hard to imagine how members’ optimistic vision of the future could become reality based on what’s actually happening in the world.

It’s time we returned to higher ambitions for what we can do as a society.

Right now, renewable energy is on the rise. People are fighting for equality. Cities are supporting urban farms, and brands are embracing sustainable fashion.

The issue is that most of that is still happening on the fringes of society, and they need to be the rule, not the exception.

Thankfully, there’s still time for society to choose the future it wants, and Flynn believes that the solarpunk movement could inspire people to not only hope for the best, but help manifest it.

“The great programs of the 20th century often began as fictional proposals, from moon landings to Social Security,” he told Ozy in 2018. “It’s time we returned to higher ambitions for what we can do as a society.” 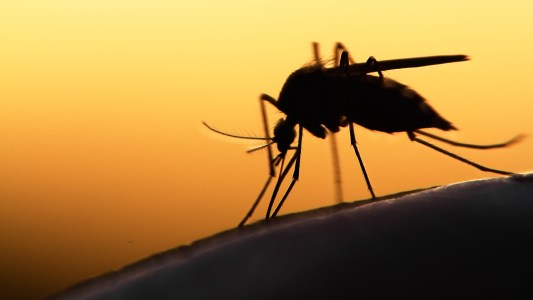 CRISPR
A gene drive could wipe out mosquitoes. but what if we want to turn it off?
Subscribe to Freethink for more great stories
Subscription Center
Challenges
Video
Freethink
Subscribe
We focus on solutions: the smartest people, the biggest ideas, and the most ground breaking technology shaping our future.
Subscribe