It was the U.S. Army Corps of Engineers’ (USACE) job to build new flood defenses for New Orleans in the wake of Hurricane Katrina — and its decision to go above and beyond the “standard” protection may have saved the city from repeat devastation during Hurricane Ida.

Future proofing: Civil engineers are the people who design, construct, and maintain society’s infrastructure —  that’s everything from roads and bridges to electric grids and water supplies.

Part of their job is to consider the natural environment and its potential impact on structures — that might mean designing California bridges to withstand earthquakes, or Minnesota roofs to support heavy snowfall.

However, they also have to balance robustness with budget, so they’ve come up with some standards to help them decide what’s “good enough” in terms of future-proofing their creations.

“We knew we were going above the limits that somebody might have thought we should.”

The 100-year storm: In places like New Orleans, where hurricanes are the biggest natural threat, civil engineers often use the “100-year storm” or “100-year flood” as their benchmark — these are events so severe, they have just a 1% chance of happening in any given year.

Using a location’s past rainfall and flooding data, the engineer will calculate what a 100-year storm or flood might look like in the area and then design their structures to withstand those hypothetical disasters — but there’s a problem with this approach.

“With climate change and sea level rise, that [flood] water level that under historical statistics had a one-in-100 chance of occurring each year is going to gradually have a higher and higher chance of occurring,” Jeremy Brinker, a professor of civil and environmental engineering at the University of Michigan, told TIME.

Protecting New Orleans: The USACE engineers tasked with building new flood defenses in New Orleans after Hurricane Katrina knew the 100-year storm standard wouldn’t be adequate. They also knew that Congress was giving them a budget the likes of which they might never see again.

So, they fudged some numbers to make the system better than it needed to be.

Passed the test: What New Orleans ended up with was something more akin to 200-year protection, Dan Resio, head of the USACE team tasked with calculating the threat of future storms in the city, explained.

“It was all done legitimately, rule-based, but it was done with a very conservative eye to uncertainty,” he said. “We knew we were going above the limits that somebody might have thought we should.”

“I don’t think anybody said, ‘Hey let’s absolutely violate [the 100-year metric],’” Resio added. “Though maybe we did.”

Their willingness to build for tomorrow, not yesterday, paid off though — New Orleans’ flood defenses would’ve failed during Hurricane Ida if they’d stuck to the 100-year storm standard, according to Resio, putting countless lives at risk. 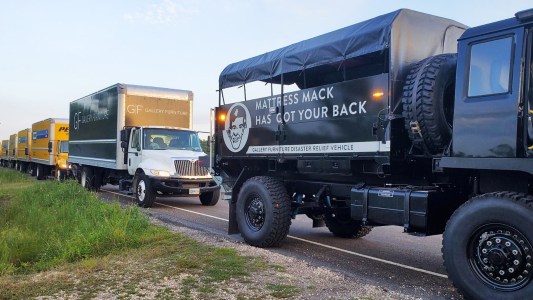