Rain is key to our survival. Too little can lead to dried-up wells and dead crops. Too much can result in dangerous flash floods and, again, dead crops.

For millennia, the amount of rain that fell from the sky was out of our hands — we just had to hope for the best and prepare for the worst. But in the 1940s, scientists came up with a bold idea for controlling precipitation: “cloud seeding.”

Clouds are nothing more than water droplets and ice crystals that aren’t heavy enough to fall to the ground.

The idea behind cloud seeding is that, by dispersing tiny particles of something (often dry ice or silver iodide) throughout a cloud, we could give those droplets something heavy to cling to — and they’ll then fall to the ground as precipitation.

Whether cloud seeding even produces enough precipitation to matter is still debatable, but that isn’t stopping China from preparing to launch the world’s largest cloud seeding system in 2025.

China has been using cloud seeding for decades. Sometimes, it’s to alleviate droughts. Other times, it’s to ensure clear skies before a big event, such as the 2008 Olympics.

Dozens of nations dabble in cloud seeding, but China’s program is the world’s largest, with more than 35,000 employees — and on December 2, the country announced plans to make it five times bigger.

That would give China the ability to produce precipitation over the majority of its land, but the nation reportedly plans to keep growing its cloud seeding program from there, reaching an “advanced” level by 2035.

China’s commitment to weather modification (and its general indifference for how cloud seeding affects its neighboring nations) has raised some red flags, as it’s seen by some as a stepping stone to climate engineering, commonly known as geoengineering.

China expects to be able to produce precipitation over the majority of its land by 2025.

The goal of geoengineering is to offset the effects of climate change by manipulating the environment.

One of the most popular ideas for this is to seed Earth’s upper atmosphere with reflective particles. This would decrease the amount of sunlight that hits the planet’s surface and thereby combat global warming.

Scientists know even less about whether that will work (and what the potential consequences will be) than they do about cloud seeding, so we need to conduct far more research before attempting it. 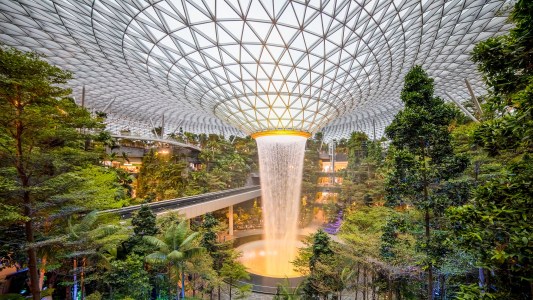 The writers, artists, and activists of the solarpunk movement envision a future in which we’ve overcome the problems inspiring today’s dystopian sci-fi.

Sustainability
What does a solarpunk future look like?
By Kristin Houser
Subscribe to Freethink for more great stories
Subscription Center
Sections
Video
Freethink
Subscribe
We focus on solutions: the smartest people, the biggest ideas, and the most ground breaking technology shaping our future.
Subscribe