Bees are getting caught in the crossfire of a deadly group of chemicals that are meant to protect crops by killing pest insects. But scientists may have found an antidote.

Researchers at Cornell University created a technique that uses pollen-like microparticles to deliver a drug that breaks down the pesticides, known as organophosphates — neutralizing their harmful effects on bees.

How pesticides kill bees: It can be hard to love bees, given their ability to induce a frenzy at the sight of their stingers. But without bees, we wouldn’t have flowers and many of the plants that people consume. But bee populations are declining globally — due to drought, habitat loss, infections and parasites, and possibly pesticides that are used to protect crops from pest insects.

Organophosphates are chemicals that are taken into the plant and may be found in pollen and nectar. Sometimes, the pesticides kill bees, and other pollinators, when they eat the pollen.

The Environmental Protection Agency (EPA) outlawed most residential applications of organophosphates in 2001. However, they are still permitted in other areas, such as agricultural use as pesticides on fruits and vegetables, or for mosquito control in public areas like parks.

Just how much of bees’ population problems is explained by real-world use of pesticides is disputed. In 2013, the EPA and USDA found that parasitic mites and viruses play the biggest role in the “colony collapse disorder” that has been afflicting honey bees since 2006. The agencies also concluded that the level of real-world exposure to neonicotinoids, another class of pesticide, wasn’t enough to explain bee losses by itself.

Regardless, it is clear that pesticides can kill bees — something that is costly both to farmers and the environment. The pesticides kill bees by interfering with the bee’s memory and learning, and therefore its survival ability.

Fortunately, researchers at Cornell University have discovered a small ingestible particle that detoxifies dangerous pesticides before they can cause harm.

‘We wanted to develop a strategy to detoxify managed pollinators and found we can do it by incorporating it into their food,” senior author Minglin Ma, a biomaterials engineer at Cornell University told Chemistry World.

“Managed bee colonies are constantly in need of being replenished due to losses. This relieves the stress for beekeepers to meet the ever-increasing demand for pollination,” James Webb, also a co-author of the study, told Salon by email.

The pollen-like particle: The team created a pollen-sized microparticle with an enzyme designed to detoxify organophosphate pesticides. Usually, the bee’s crop (stomach) would break down the enzymes. But the researchers created a protective shell that allows it to pass through the crop unscathed.

The next stop for the enzyme is the bee’s midgut. Once there, the enzymes can work on degrading and detoxifying the organophosphates.

“This is a low-cost, scalable solution which we hope will be a first step to address the insecticide toxicity issue and contribute to the protection of managed pollinators,” Ma said in a statement.

The test: When the team tested their antidote in the lab on a small sample of common eastern bumblebees (Bombus impatiens), the survival rates were astounding.

They fed one group of bees pollen laced with malathion, an organophosphate that is very poisonous to bees. In just four to five days in the lab, the bees perished. But bumblebees that ate malathion and the antidote, given via the microparticle, had a 100% survival rate. This work, published in the journal Nature Food, inspired the company Beemmunity, based in New York state, for which Webb is the CEO.

“We have a solution whereby beekeepers can feed their bees our microparticle products in pollen patties or in a sugar syrup, and it allows them to detoxify the hive of any pesticides that they might find,” Webb said.

Future applications:Dave Goulson, an insect ecologist at the University of Sussex, UK, told Chemistry World that he wonders how this could be used for wild bees, instead of just fed to managed bee populations.

“I’m somewhat dubious as to how wild pollinators could be induced to consume these particles,’ he says.

But Ma says the team is looking into a flavoring that would attract only wild bees and not other pollinators.

“If we could do that it would be hugely impactful.” 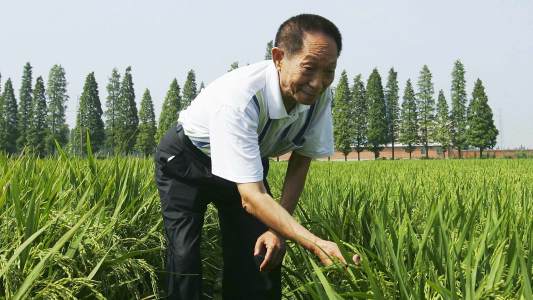