Breast milk is considered the best food for a newborn baby’s physical and mental development. Breastfeeding moms will tell you that their milk is “liquid gold.”

But despite being “natural,” breastfeeding can also be hard. Really hard. And when moms need extra help, baby formula has generally been the next best thing — but not anymore.

BioMilk, an Israeli food technology firm, has invented cultured breast milk that they hope will not only replace formula but even rival the real deal. Now babies can have all the benefits of breast milk, even when they are away from their moms.

Now babies can have all the benefits of breast milk, even when they are away from their moms.

What it is: BioMilk says it can produce both cultured breast milk and cow’s milk. Their lab-grown breast milk is said to contain complex carbohydrates that are found in human breast milk, which may help give babies’ immune systems an early boost.

The lab-cultured cow milk is produced from mammary cells and mimics the composition of real cow milk, without any synthetic or plant additives, reports NoCamels. And it promises to be healthier since it doesn’t need antibiotics or hormones.

The animal-free trend: Lab-grown meats and alternative proteins, like edible insects, are a growing interest because of the idea that they are more humane and more environmentally friendly to produce. But cultured milk is still on the fringe.

BioMilk VP of Business Development Nathaniel Benchemhoun says only three companies are making cultured milk and “two of them are very young.”

“We are the only company that has reached developmental stages,” he says, reports NoCamels.

Biomilq, based in the U.S., is another cell-ag startup that is growing breast milk outside of the human body. Another, called TurtleTree Labs, is also found in Singapore and creates lab-grown cow and human breast milk.

The future of lab-grown milk: Dr. Nurit Argov-Argaman and Maggie Levy of the Hebrew University of Jerusalem founded BioMilk in 2018.

But, for my money, this momma knows that, while milking a cow may be redundant, nursing a baby can never be replaced. 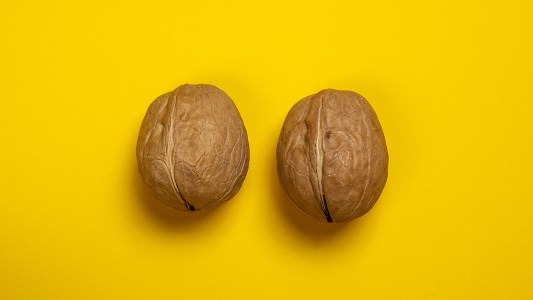 A study measuring biological age in castrated sheep has yielded a discovery that could inform anti-aging research for people.