Scientists are looking for clues in the genes of the world’s fastest-growing plant to help them get a leg up on climate change and food security.

By understanding how the plant, known as duckweed, can grow so fast, they hope to optimize future crops to combat climate change, by increasing their growth rate and carbon storage.

Duckweed, also known as Wolffia, are simple plants. They are barely noticeable, but if you happen to see them, they look like tiny green dots — about the size of a pinhead. It has no roots, so it is known as a floating plant. When it reproduces, a new plant grows alongside the parent plant and then buds off — and it takes less than 24 hours to produce a whole new plant. With such fast growth rates, researchers think it could become an important food source. It tastes like watercress or spinach and already plays a role in Asian cuisine.

The genetic foundations that allow Wolffia to grow so fast were largely a mystery to scientists until now. At the Salk Institute’s Harnessing Plants Initiative, the team started cultivating Wolffia plants in the laboratory under dark and light cycles. Plant growth is highly influenced by these cycles, so the team wanted to see which genes were active and during what time of day.

They found that, compared to other plants, Wolffia has half as many genes regulated by dark and light cycles. They think that this could mean the plan has no restrictions on when it can grow — therefore growing much faster than other plants, reports La Jolla Light.

“A lot of advancement in science has been made thanks to organisms that are really simple, like yeast, bacteria and worms,” Todd Michael, molecular biologist at Salk’s Plant Molecular and Cellular Biology Laboratory, said in a statement. “The idea here is that we can use an absolutely minimal plant, like Wolffia, to understand the fundamental workings of what makes a plant a plant.”

The study results, which appear in the journal Genome Research, also show that Wolffia lacks some of the critical survival attributes of other plants — like those that grow roots or defenses against pests, reports New Atlas.

“This plant has shed most of the genes that it doesn’t need,” Michael says. “It seems to have evolved to focus only on uncontrolled, fast growth.”

The team’s overall goal is to create next-generation plants with special features for combating climate change and food scarcity — such as genetically altering plants to have deeper root systems, enhancing carbon sequestration. This work could help them understand the biological pathways for achieving a rapid growth rate, potentially helping crops grow faster and capture more carbon dioxide from the atmosphere. 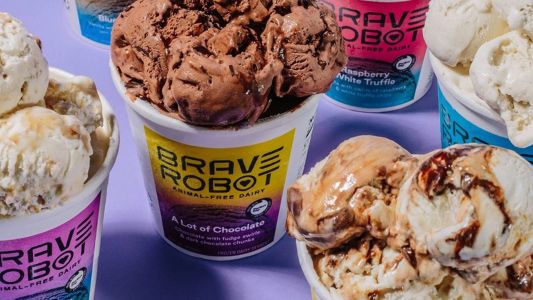 Food
This ice cream is made from lab-grown vegan milk
Subscribe to Freethink for more great stories
Subscription Center
Challenges
Video
Freethink
Subscribe
We focus on solutions: the smartest people, the biggest ideas, and the most ground breaking technology shaping our future.
Subscribe