A Canadian startup is building an underground farm it thinks will deliver all the benefits of vertical farming — without two of its major shortcomings.

Vertical farms use artificial lights, closed water systems, climate control, and other tech to grow crops in stacked layers inside buildings — that allows us to grow more plants, on less land, year around.

However, vertical farming still requires some land (and/or above-ground floors) to be set aside for agriculture. These farms can also have high energy costs, as the temperature within a building must be kept stable for optimal growing.

An underground farm: Instead of starting at ground level and building vertical farms up, Canadian startup GreenForges thinks we should be putting the farms below the surface.

It’s developed a system that incorporates all the standard vertical farming tech — LED lighting, climate control, etc. — but in a way that would allow farmers to grow their crops in vertical tunnels or holes bored underground.

When it’s time to harvest, the crops in the underground farm are pulled to the surface.

The pros and cons: Not only could this free the space above a vertical farm for some other use — GreenForges hopes to appeal to hotel or apartment builders — it could also cut heating and cooling costs for the farm as temperatures are pretty stable underground.

“The moment you go underground, now you become season-agnostic,” Jamil Madanat, GreenForges’ engineering manager, told TechCrunch. “This is where the holy grail of energy savings is going to take place.”

Underground farms would have their own challenges, though — soil and groundwater conditions could make many places unsuitable for the farms, and the upfront cost of drilling the holes could be a limiting factor as well.

Looking ahead: GreenForges is confident the benefits of moving vertical farming underground will outweigh the negatives, though.

It’s teamed up with startup incubator Zone Agtech to build a pilot farm north of Montreal in 2022. That underground farm will stack crops in holes about 3.3 feet wide and 50 feet deep, but GreenForges has models for farms that would go down twice as far.

Agriculture
The challenges of wireless farming technologies – like transmitting data through mud
The Agricultural Internet of Things involves technologies such as wireless underground communications and antennas in soil. 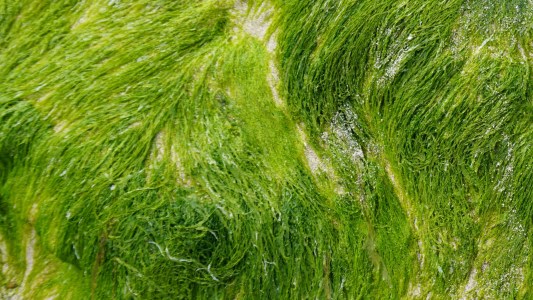 The startup, Phykos, has sent ​​a prototype of a solar-powered watercraft on a carbon-sequestering cruise in the Pacific Ocean, using an innovative kelp forest.