San Francisco-based tech company Primer has announced the launch of AI tools that are expert readers, capable of analyzing huge bodies of text far faster — and more accurately —  than humans can.

The challenge: Humans have written down a lot of information throughout history, but most of it isn’t accessible unless someone sits down and reads it all themselves.

That is slow, time-consuming, and mentally exhausting — so we ignore, skip over, or just plain miss a ton of information.

“What if we could read everything and pay attention to everything, all the time?” Primer CEO Sean Gourley asked in 2017. “What would the unfolding world look [like] then?”

AI readers: Natural language processing (NLP) could help us answer that “what if?”

This field of AI is focused on teaching computers to understand human language — it’s what lets Siri know how to respond to your verbal commands and gives your messaging app the ability to autocorrect your terrible grammar.

Think about some of the hurdles you may have faced learning a new language — idioms, slang, sarcasm, homonyms, etc. — and now consider the difficulty of training a machine to recognize and surmount them.

Primer Engines: Primer’s focus is on developing AIs that can understand language, and it’s previously partnered with the U.S. military to analyze foreign news for patterns that could be relevant for national security.

Now, it’s making a suite of its NLP-trained AIs available to consumers.

It calls the AI tools “Primer Engines,” and each is designed for a specific use. The Named Entity Recognition (NER) Engine, for example, can sift through text and classify every person, place, or thing within it.

A company might use that Engine to analyze incoming customer complaints and identify the employees or locations involved so that the complaint can be automatically directed to the relevant department.

Another one of the Engines, Sentiment Analysis, can read through text and give it a score indicating whether the sentiment is “positive,” “negative,” or “neutral.”

An entertainment company might use such a tool to analyze social media posts, for example, to find out how people felt about a marketing campaign for a movie.

Speed readers: The key here isn’t necessarily that the AIs can complete these tasks — a person could easily do this stuff, too — but how quickly it’s done.

Anomali, a cybersecurity company that gained access to the Engines through a pre-release program, said Primer’s AIs cut the time it needed to complete one task from 15 hours per week to just 2 — from two full work days a week down to one morning.

If the Engines take off the way Primer hopes they will, we could be entering a new era in research — one in which AI tools let us take full advantage of the text that’s long been at our fingertips but also just out of reach. 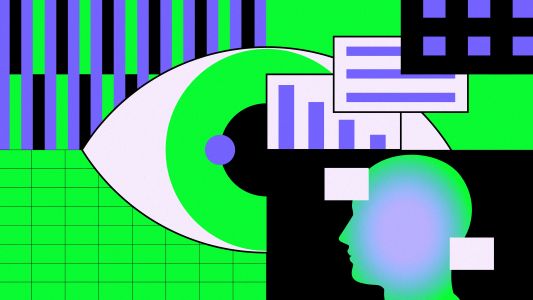 Algorithms are learning to guess what you’ll do next by analyzing shows like “The Office.”