A new system that turns a standard electric metro train into an autonomous train has debuted in Hamburg, Germany.

“With our technology, our customers can transport up to 30 percent more passengers, significantly improve punctuality, and save more than 30 percent energy,” Roland Busch, CEO of Siemens AG, co-developer of the tech, said in a press release.

Hop aboard: The first fully autonomous passenger train system launched in Japan in 1981, and by the end of 2018, there were 64 fully-automated metro lines helping people in cities across the globe get where they needed to go.

The challenge: As cities get more crowded in the future, electric public transportation options will be increasingly vital to reducing congestion and addressing climate change.

Autonomous trains could help meet this need, but they’re designed to run on dedicated tracks — meaning someone needs to pay for those tracks to be built before an area can take advantage of the trains’ benefits.

Germany’s autonomous train: Now, Siemens and Deutsche Bahn (DB) have developed a system that can be installed on the underside of an existing electric train to make it autonomous. It can then run on existing tracks, alongside non-autonomous trains.

They demonstrated the tech with four of Hamburg’s S-Bahn trains during the Intelligent Transport Systems World Congress from October 11 to 15. Those trains will go into regular operation in December, carrying passengers along a 14-mile route in the German city.

“With automated rail operations, we can offer our passengers a significantly expanded, more reliable and therefore improved service — without having to lay a single kilometer of new track,” Richard Lutz, CEO of DB, said in a press release.

Looking ahead: Hamburg expects to make its entire S-Bahn network autonomous before 2030, and according to Busch, the tech could easily be used to automate rail networks elsewhere in the world.

“The new technology has already been officially approved and, since it features open interfaces, can immediately be used by operators worldwide for all types of trains,” he explained. 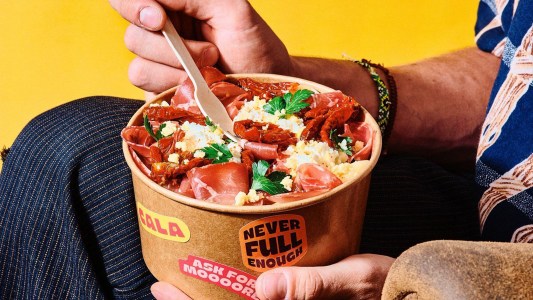 Robotics
Are robotic kitchens the future of food?
Subscribe to Freethink for more great stories
Subscription Center
Sections
Video
Freethink
Subscribe
We focus on solutions: the smartest people, the biggest ideas, and the most ground breaking technology shaping our future.
Subscribe