California-based startup Natilus is developing massive autonomous cargo drones that it says will cut the cost of air freight by 60% and reduce its carbon emissions by 50%.

The company has now announced that it’s obtained $6 billion worth of preorders for more than 440 of these aircraft, and at least two will go to fast-growing freight forwarding company Flexport.

The challenge: Shippers have to make a tradeoff between speed and cost when deciding how they want to move cargo over long distances.

Sending freight by air is faster — it can get goods delivered in as little as a day, while carrier ships can take weeks — but it’s also six times more expensive than sea freight and produces significantly more carbon emissions.

“With conventional designs you start to run out [of] volume before you maximize the takeoff weight of the airplane.”

Cargo drones: Cargo planes look pretty similar to passenger planes, with wings positioned near the midpoint of a tube-shaped fuselage. Most freight is shipped on rectangular pallets, though, so after the cylindrical cargo area is filled, there’s significant space left over.

“With conventional designs you start to run out [of] volume before you maximize the takeoff weight of the airplane,” Natilus CEO Aleksey Matyushev said in 2021.

Natilus’ cargo drones have diamond-shaped freight areas that allow them to hold up to 60% more cargo than same-sized standard aircraft. They have a more efficient “blended wing body” design that should make them more fuel efficient, too, leading to fewer emissions.

The cargo drones are also built for autonomous flight, which means customers wouldn’t need to pay a crew to travel with them. Until regulations allow for full autonomy, though, they will need to pay someone to pilot the vehicles remotely.

Looking ahead: Natilus has conducted two rounds of wind tunnel testing to validate the design of its cargo drones.

The smallest version of the drone will be first off the production line, with deliveries expected to begin in 2025.

The big picture: Natilus’ reliance on fossil fuels is not ideal — even if its drones produce fewer emissions than standard freight planes, other companies are trying to develop electric aircraft that wouldn’t produce any.

Given that the cargo drones have yet to actually fly, it’s also too soon to say whether they’ll deliver all the cost-savings Natilus promises — but $6 billion in preorders does suggest the startup is doing something that the global shipping industry wants to be a part of. 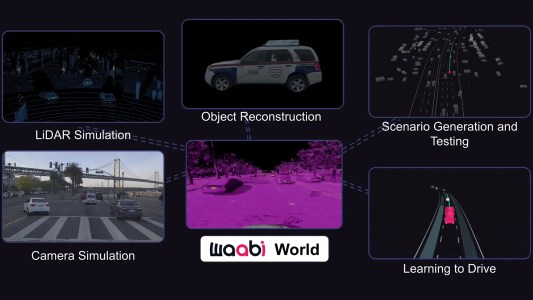 To help self-driving AIs learn more like humans do, Canadian startup Waabi has created a digital world to act as driving school and Danger Room.

We should teach AIs to drive the same way we teach kids
By B. David Zarley
Subscribe to Freethink for more great stories
Subscription Center
Sections
Video
Freethink
Subscribe
We focus on solutions: the smartest people, the biggest ideas, and the most ground breaking technology shaping our future.
Subscribe