Electroconvulsive therapy is more effective than ketamine at treating severe depression, according to a new meta-analysis — emphasizing the need to reshape the public’s negative perception of the treatment.

The treatments: Approximately 280 million people worldwide have depression, and while medication or therapy can help many of them, about 30% of patients have treatment-resistant depression, meaning they’ve tried multiple meds without relief.

Negative media portrayals of electroconvulsive therapy have stigmatized it and contributed to its underutilization.

In those cases, their doctors might propose trying a less standard therapy, such as the FDA-approved nasal spray esketamine or ketamine itself. The drug is effective at treating depression for some patients, and it has recently taken off in popularity, thanks to ketamine infusion clinics and at-home ketamine options.

Electroconvulsive therapy — a procedure in which a small electrical current is passed through a patient’s brain while they’re under general anesthesia — is another option, but negative portrayals of the therapy in books, TV, and movies have stigmatized it and contributed to its underutilization.

Head to head: For a new paper, published in JAMA Psychiatry, an international team of researchers analyzed data from six studies comparing the effectiveness of ketamine and electroconvulsive therapy at relieving the symptoms of severe depression.

Based on those trials, which involved a total of 340 patients in four nations (Sweden, Germany, Iran, and India), electroconvulsive therapy is the more effective option.

“[Electroconvulsive therapy] is consistently more successful than ketamine,” said co–first author T. Greg Rhee, a psychiatric epidemiologist at the University of Connecticut. “We found no differences by age, sex, or geographic location.”

Rebrand needed: While electroconvulsive therapy was more effective, ketamine worked faster, so it still might be preferable in some cases. The adverse effects of the two treatments were also different, so that might inform which is better for a particular patient.

Two additional studies comparing the alternative depression treatments are ongoing, and Rhee’s team hopes to update its paper once data on those trials is available.

In the interim, he emphasized the need to inform the public that electroconvulsive therapy is a painless, safe treatment option for severe depression — and not the terrifying punishment depicted in movies like “One Flew Over the Cuckoo’s Nest.” 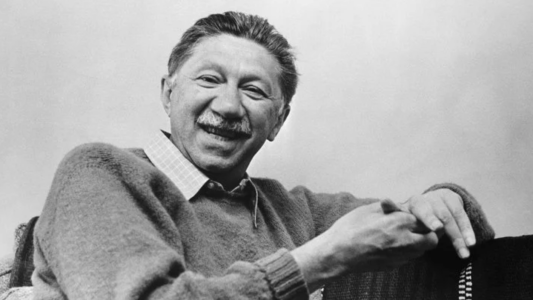 In his later years, psychologist Abraham Maslow added a new apex to the pyramid of human needs: self-transcendence.

Psychology
The missing apex of Maslow’s hierarchy could save us all
Subscribe to Freethink for more great stories
Subscription Center
Sections
Video
Freethink
Subscribe
We focus on solutions: the smartest people, the biggest ideas, and the most ground breaking technology shaping our future.
Subscribe