The powerful psychedelic drug ibogaine could help people overcome addiction. Unfortunately, it could also kill them.

Tribes in Africa have been using the drug, which comes from the iboga plant, during spiritual ceremonies since at least the 1800s. In the 1960s, people in the U.S. started reporting that ibogaine helped them overcome heroin addiction.

Scientists started studying the drug in the ’90s, and they’ve found some evidence that it could help with addiction and mood disorders, but it never really caught on as a medical treatment for a few reasons — the biggest one being that the drug’s side effects include acute heart failure and death.

The intense hallucinations caused by ibogaine are another limitation — not everyone is willing to go that far down the rabbit hole — and because the drug is illegal in the U.S., access to it is limited.

Even if ibogaine was an ideal medical therapy, though, finding the plants that contain it is getting more difficult, and while researchers can make ibogaine in the lab, they haven’t figured out how to do so in large amounts.

Now, researchers at the University of California, Davis, have found a way to synthesize a modified ibogaine — one that appears to retain the drug’s therapeutic benefits, but none of its downsides.

To create this modified ibogaine, the researchers started by synthesizing 20 different versions of the drug molecule.

“We lopped off the parts of the structure that gave rise to a lot of the deleterious effects,” researcher David Olson told NPR, “and we left the part of the structure intact that still was able to have anti-addictive and antidepressant properties.”

They dubbed the most promising of their modified ibogaine molecules tabernanthalog (TBG).

When they tested the drug in cell cultures, zebrafish, and rodents, none of the animals showed any signs of heart problems, suggesting that the molecule could be less toxic than natural ibogaine.

The researchers checked the mice for the head twitches characteristic of animals that are hallucinating and didn’t see those either. Additionally, the molecule didn’t appear to trigger the reward centers of the animals’ brains the way addictive drugs do.

The Promise of Modified Ibogaine

Not only did the modified ibogaine seem safer and less “trippy” than the kind that comes from plants, the therapy still seemed to be effective (in mice).

We need a medicine so safe you can put it in your medicine cabinet.

When the researchers treated alcoholic mice with TBG, they found that a single dose was enough to get the animals to voluntarily cut back on their alcohol intake.

The researchers also tested the drug on rats that had been addicted to heroin and detoxed from it. The sober rats were trained to seek out more heroin by pushing a lever in response to a light or sound, but rats that received the modified ibogaine were less likely to relapse.

The drug was also able to improve the symptoms of mice that had exhibited signs of depression.

What’s Next for TBG?

While this research is promising, we still don’t know whether the effects of the modified ibogaine are long-lasting or if they’ll translate to humans, so more research is needed.

The researchers had to use large doses of TBG to see any benefit in animals, too, and larger doses often mean more side effects. (Olson told Science Magazine that his team is currently working to create a more potent version of the molecule that still lacks the side effects.)

Still, TBG can be synthesized in a single step, which means it’d be relatively easy to manufacture, and if researchers can prove that it’s both safe and effective, it could help countless people dealing with addiction, depression, and other mood disorders.

“What we need is a medicine that is so safe that you can take it home and put it in your medicine cabinet just like you would aspirin,” Olson told NPR. “And that’s really what we were trying to achieve.” 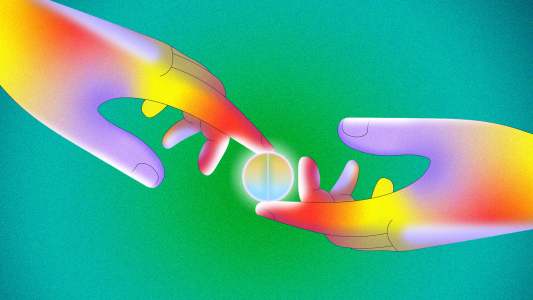 A small study out of Canada investigated the potential of using MDMA-assisted couples therapy to treat PTSD.