The immortal jellyfish is, true to its name, biologically immortal, capable of reversing its life cycle to perpetually begin again.

When the jellies’ adult forms — called medusa — are stressed, injured, or otherwise in an unideal situation, they revert back to an earlier stage of their life cycle, becoming a film of cells that looks for a place to anchor and develop into a polyp.

Insofar as we know, the immortal jellyfish can do this an unlimited number of times — hence the name.

(Note, however, that it is called immortal, not invincible; they can still totally die. “The fate of everything in the ocean generally is to be eaten at some point,” as Monty Graham, director of the Florida Institute of Oceanography, pointed out to the Wall Street Journal.)

Now, researchers at Spain’s University of Oviedo have sequenced the immortal jellyfish’s genome, providing clues about how it Edge of Tomorrow’s itself.

For their study, published in PNAS, the researchers sequenced the jellies’ genome at various stages in its life cycle. Then they compared the sequenced genome of this smaller-than-a-pinky-nail jelly to the related — but, alas, merely as mortal as the rest of us — crimson jelly to tease out genetic differences which may account for the immortal jellyfish’s ability.

“If there was a genetic change during the reversal, it would be important,” María Pascual-Torner, an Oviedo marine biologist and study co-author, told El País.

In fact, there were multiple changes in the immortal jellyfish genome that make it superior at copying and repairing its DNA then lesser, time-bound creatures. It has twice as many copies of a gene called GLI3, which plays a role in stem cell’s ability to become other cells, El País reported.

When the jellies’ adult forms — called medusa — are stressed, injured, or otherwise in an unideal situation, they revert back to an earlier stage of their life cycle.

The immortal jellyfish also does a better job of maintaining the protective caps on the end of its chromosomes, called telomeres. In other species, including humans, telomeres have been shown to shorten with age.

“What makes this animal special is the synergy of all these changes, which make this jellyfish rejuvenate,” Pascual-Torner said.

“The most interesting thing is that it’s not a single molecular pathway…It is a combination of many of them,” Jan Karlseder, a molecular biologist at the Salk Institute unaffiliated with the study, told the WSJ.

“If we want to look for an extension of healthspan, we cannot just focus on one pathway. That will not be sufficient. We need to look at many of them and how they synergize.”

Don’t expect these insights to unlock our own immortality or wind up in a miracle cosmetic; the work is more about helping us to better understand the basic mechanisms of aging, with an extreme example.

“We can’t look at it as, hey, we are going to harvest these jellyfish and turn it into a skin cream,” Graham told Reuters. “It’s one of those papers that I do think will open up a door to a new line of study that’s worth pursuing.” 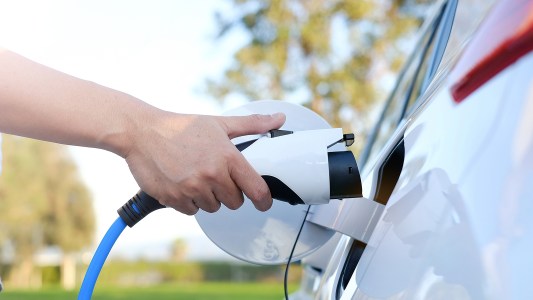