A male birth control pill might finally become a reality.

A medication given to male mice was 99% effective at preventing pregnancy while producing no observable side effects, according to its developers, who plan to launch clinical trials of the drug in humans in 2022.

Why it matters: While women have more than a dozen effective birth control options, men have only two, and each has its drawbacks: condoms can break or slip off, while vasectomies require surgery and are usually permanent.

The limited number of options for men has meant women typically shoulder the financial and health-related burdens of birth control. A long-lasting, easy-to-reverse option for men could take some of those burdens off women, while giving men more control over their reproductive health.

Male birth control pills that target testosterone can cause weight gain, depression, and other side effects.

The challenge: One of the most popular birth control methods for women is the contraceptive pill because it’s highly effective, simple to use, and easy to reverse — a woman just has to stop taking the pill to restore her fertility.

A male birth control pill could potentially be popular, too, but developing one has proven to be a huge challenge — while the female pill just needs to block the release of one egg every month, a pill for men needs to be able to block the production of millions of sperm every day.

Sperm count is related to the sex hormone testosterone, so many male birth control pill candidates have tried to lower testosterone levels to reduce fertility. But that can cause weight gain, depression, and other side effects.

What’s new? University of Minnesota researchers are now developing a male birth control pill that targets a protein linked to sperm formation, rather than testosterone.

After receiving the medication daily for four weeks, male mice had dramatically reduced sperm counts. In mating trials, the drug was 99% effective at preventing pregnancy, and four to six weeks after the mice stopped taking the medication, they were able to produce offspring.

Best of all, the mice experienced no observable side effects.

Looking ahead: As is always the case, just because something works in mice doesn’t mean it’ll work in humans. There’s also the possibility that the mice were experiencing unobservable side effects, such as headaches.

To truly test the potential of the male birth control pill, the team will need to test it in people, and researcher Gunda Georg said that the plan is for clinical trials to kick off in the second half of 2022. If those go well, the pill could be ready for market within five years.

“There is no guarantee that it will work…but I would really be surprised if we didn’t see an effect in humans as well,” she told France 24. 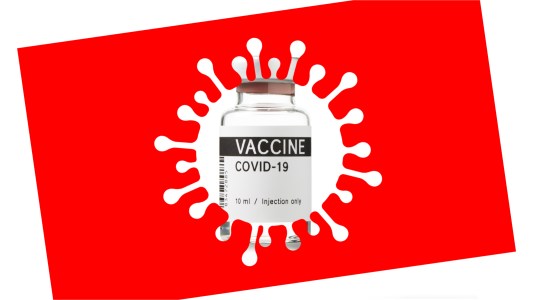 A man whose persistent coronavirus infection kept him isolated for 7 months finally tested negative after receiving a COVID-19 vaccine.