The challenge: Women have no shortage of birth control options — the pill, IUDs, implants, shots, etc. — and many of them work by releasing small amounts of hormones that prevent ovulation and make it hard for sperm to reach an egg (if one is released).

These hormonal contraceptives can be highly effective, but they can also cause side effects ranging from acne and migraines to blood clots and depression — a CDC survey found that nearly two-thirds of women who quit taking the pill did so because of the side effects.

Why it matters: Women typically find their best birth control option through trial and error — they start one method, see how they react to it, and then switch to another or another, if necessary.

“Every time something isn’t working for you, you have to go back to your doctor.”

That means many women have to deal with unwanted side effects (at least temporarily) before finding their best birth control option. The obstacles to switching are significant, and even if they have the resources, many women may elect to stick with a less than ideal option rather than take a gamble on switching.

“Every time something isn’t working for you, you have to go back to your doctor,” Rachel Fey, the director of public policy for Power to Decide, a nonprofit focused on preventing unwanted pregnancy, told the Lily in 2019.

“Imagine being someone who has to think about every dollar they put in their car for gas, every extra hour they have to take off work, every extra minute they have to have their kid in child care,” she continued.

That’s the idea behind adyn. It’s pilot testing an at-home testing kit to help women find the birth control method least likely to cause side effects, based on their biology and genetics.

“The problem right now is that doctors can’t easily predict who is going to have what kind of side effects,” CEO Elizabeth Ruzzo told Axios. “We’re trying to empower both the providers and the patients in making the best decision with the most information they can have at their disposal.”

Personalized healthcare: After a woman collects samples of her blood and saliva using the at-home testing kit, she sends them to adyn’s lab for analysis.

“We are looking for the individual’s predisposition to two of the most dangerous side effects of birth control: depression and the formation of blood clots,” Ruzzo told BioSpace.

More than 600 people have signed up to participate in adyn’s pilot program.

After the analysis is complete, adyn sets up a telehealth visit between the woman and a physician so they can discuss the lab results and what’s important to her in a birth control method.

Together, they determine the woman’s best birth control option, and the doctor writes her a prescription for it (if she opts for an arm implant or IUD, though, she will need to see a doctor for a physical exam before she can get a prescription).

It’s not clear how many women have used the kit so far, but Ruzzo says more than 600 people have signed up to participate in the pilot program.

The cold water: adyn’s test could prevent women from trying birth control methods likely to cause depression or blood clots, but there are many other side effects that it doesn’t consider from a biological or genetic standpoint.

We also don’t know what the test will cost or whether women who’ve used it have actually landed on their best birth control method on the first try. However, the pilot test will likely help determine its efficacy.

The startup expects the kits to be available in all but three U.S. states (New York, New Jersey, and Rhode Island) in Fall 2021. Initially, it will not be covered by insurance, but adyn hopes to change that in the future.

Fertility
Male birth control options are in development, but a number of barriers still stand in the way
A survey of over 9,000 men in nine countries found that over 55% would be willing to use a new method of male birth control.
By Christina Chung-Lun Wang
Up Next 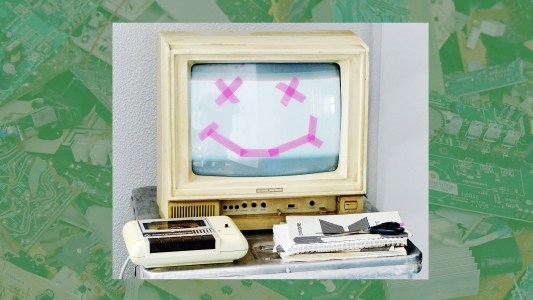 To combat the problem of electronic waste, German startup Grover is now selling Americans subscriptions to laptops, phones, and other tech.

Sustainability
Can tech rentals solve the problem of electronic waste?
By Kristin Houser
Subscribe to Freethink for more great stories
Subscription Center
Sections
Video
Freethink
Subscribe
We focus on solutions: the smartest people, the biggest ideas, and the most ground breaking technology shaping our future.
Subscribe