Receiving a meningitis vaccine appears to protect young people against gonorrhea, too — a discovery that could help prevent the spread of antibiotic-resistant “super-gonorrhea.”

The challenge: Gonorrhea is an incredibly common sexually transmitted disease — in 2020, there were ​​82 million new cases among people ages 15 to 49, according to the World Health Organization.

Untreated gonorrhea can lead to infertility and chronic pain in women. It can also increase a person’s chances of contracting HIV fivefold, and if a pregnant woman passes an infection on to her baby during childbirth, the baby can go blind.

In rare cases, gonorrhea can spread to the bloodstream, causing a potentially deadly condition characterized by fever, joint pain, and pus-filled skin rashes.

Antibiotics have long been the standard treatment for gonorrhea, but the bacteria that causes the disease has gotten increasingly better at resisting them. Today, some strains of “super-gonorrhea” are only susceptible to one class of antibiotics — our last line of defense.

The idea: Researchers have been trying to create a gonorrhea vaccine for decades, but none of the candidates have made it all the way through the development process.

However, we do have vaccines for meningitis — a potentially deadly infection that causes swelling in the membranes surrounding the brain and spinal cord — and the bacteria that can cause that infection is similar to the one that causes gonorrhea.

Now, two separate studies have found that young people who received the meningitis vaccine, called 4CMenB, were at least somewhat protected against gonorrhea.

The bacteria that can cause meningitis is similar to the one that causes gonorrhea.

The studies: One of the studies was based in South Australia, where the government has funded a meningitis vaccine program for babies, children, and adolescents.

Using the number of chlamydia infections among the population as a control, researchers from the University of Adelaide and Women’s and Children’s Hospital found that two doses of the meningitis vaccine was 33% effective at protecting people ages 15 to 20 from gonorrhea.

The other study was conducted by the CDC and the departments of health in New York City and Philadelphia. It looked at cases of gonorrhea among 16 to 23 year olds in the two cities from 2016 to 2018, once again comparing them to chlamydia infections.

Based on patients’ vaccination status, those researchers determined that two doses of a meningitis vaccine was 40% effective against gonorrhea and one dose was 26% effective.

The bottom line: Neither study tells us whether a meningitis vaccine might be able to protect older people from gonorrhea, and we don’t know precisely how long any protection from the shots might last.

Still, with every new gonorrhea infection, the bacteria gets another chance to evolve more resistance to antibiotics — vaccinating people at high-risk of contracting gonorrhea for meningitis could buy us time while the hunt for an effective gonorrhea vaccine continues. 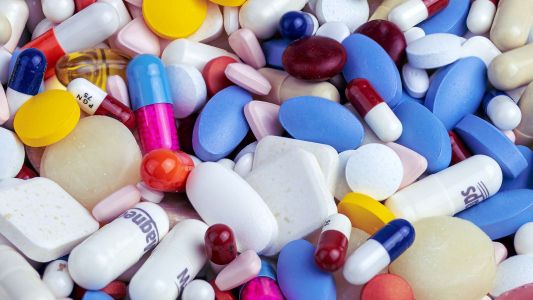