Moderna has announced positive top-line results from a huge phase 3 trial of their vaccine for RSV.

The virus, a common cause of flu-like illness and potentially serious disease in older people, has seen an uncommon surge in cases since almost disappearing during the pandemic.

Built with the company’s mRNA platform, the vaccine — called mRNA-1345 — was over 80% effective at preventing lower respiratory tract disease from RSV in adults over age 60. The study, involving about 37,000 volunteers, has thus far found no safety concerns.

The company now plans to apply for regulatory approval for the vaccine by “early this year,” according to a blog post from CEO Stéphane Bancel.

What is RSV? Respiratory syncytial (pronounced “sin-SIH-shee-all”) virus is an incredibly common pathogen — the majority of children are infected with it at least once by age 2. It typically causes relatively mild symptoms we classically associate with being “sick”: runny nose, fever, coughing, sneezing, sore throat — the usual litany.

As with many viruses, however, there is a chance that RSV infection can become severe. When the virus spreads down to the windpipe and lungs — the lower respiratory tract — cases become much more severe.

Once there, the virus can cause pneumonia or bronchiolitis, labored breathing, a lack of oxygen — leading to the blue-tinged skin from which its medical name, cyanosis, is derived.

And as with most viruses, the danger of this increases on both ends of lifespan

Especially at risk are adults over 65 and those with chronic heart or lung conditions or compromised immune systems.

The trial, called ConquerRSV, was designed to test how well the vaccine protected against RSV-associated lower respiratory tract disease (RSV-LRTD).

ConquerRSV is ongoing, and the results Moderna announced were based on an interim analysis — an early examination of the data before the entire trial has been completed.

RSV, a common cause of flu-like illness and potentially serious disease in older people, has seen an uncommon surge in cases since almost disappearing during the pandemic.

“Today’s results represent an important step forward in preventing lower respiratory disease due to RSV in adults 60 years of age and older,” Bancel said in a statement.

It is important to note that the larger trial is still ongoing, and the final results could change somewhat. Bancel says that final data will be submitted for peer-reviewed publication and presented “at an upcoming scientific meeting.”

After a long history of struggle — and tragedy — the last year looks to potentially be a breakthrough year in the fight against RSV.

A protein-based RSV vaccine from Pfizer showed strong efficacy in both human challenge and large phase 3 trials in adults, and their maternal RSV vaccine — given to pregnant mothers who then pass along immunity to their newborns — was 81% effective at protecting infants.

Meanwhile, British behemoth GSK has developed yet another RSV vaccine for adults, with 94% efficacy in a phase 3 trial — although GSK’s maternal vaccine trial was suspended over a safety concern. An FDA decision on the Pfizer and GSK vaccines is expected in late spring, New Atlas reported. 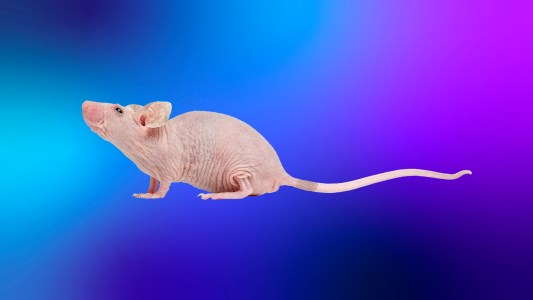 A new delivery method for mRNA therapies could open the doors to better treatments for aging, cancer, and more.