Researchers at Yale have discovered that psilocybin — the magic in magic mushrooms — can increase connections between nerve cells in the brains of mice.

The compound does so by goosing the growth of dendritic spines, which stick out from the dendrites, or spiky parts, of nerve cells. Dendritic spines aid neurons in passing information back and forth and are thought to play a role in learning and memory, and the team found that psilocybin increases both their density and their size.

“We not only saw a 10% increase in the number of neuronal connections, but also they were on average about 10% larger, so the connections were stronger as well,” Alex Kwan, an associate professor of psychiatry and neuroscience at Yale, said in a release.

Making connections: According to the researchers, chronic stress and depression can reduce the number of dendritic spines and weaken neuronal connections.

“There are hints that the use of psychedelics can produce neural adaptations,” the researchers wrote in their Neuron paper, “although the extent and timescale of the impact in a mammalian brain are unknown.”

Psilocybin — the magic in magic mushrooms — can increase connections between nerve cells in the brains of mice.

Those hints come from drugs like ketamine, which has been successfully used to treat depression, possibly through restoring lost neural connections.

“Animal data very clearly suggests that synapses that were lost are restored rather than the creation of random new synaptic connections,” Yale ketamine expert John Krystal — who was not involved in this study — previously told me.

1-up mushroom: To explore the effects of psilocybin on mammals’ brains, senior author Kwan and Yale School of Medicine postdoc Ling-Xiao Shao turned to laser-scanning microscopes.

The microscopes allowed them to observe and track the dendritic spines in living mice over multiple days. When given psilocybin, Kwan and Shao noticed increased spine growth — and the increased size of each spine — within 24 hours.

Mice that were stressed out also showed behavioral improvements and increased neurotransmitter activity.

“It was a real surprise to see such enduring changes from just one dose of psilocybin,” Kwan said. “These new connections may be the structural changes the brain uses to store new experiences.”

Psilocybin has long been used in Indigenous rites and ceremonies to invoke mystical experiences, and it is increasingly being studied as a potential treatment for depression. While the necessity of these trips to psychedelics’ therapeutic effects are currently up for debate, Kwan believes that the psychological impact of the trip could potentially be what prompts the growth of the dendritic spines. 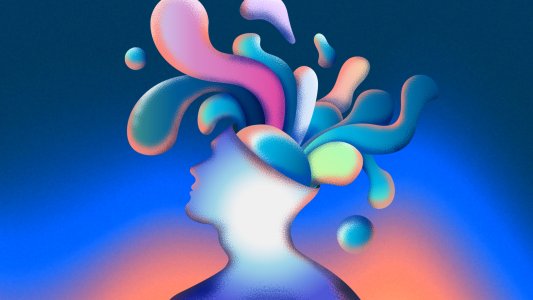 Psychedelic therapy could bring the ancient healing powers of drugs like DMT into mental health clinics.

Series|Just Might Work
Is DMT the best new treatment for depression?
7:08
By Stephen Johnson
Subscribe to Freethink for more great stories
Subscription Center
Sections
Video
Freethink
Subscribe
We focus on solutions: the smartest people, the biggest ideas, and the most ground breaking technology shaping our future.
Subscribe