In a delightfully sci-fi study, Rice University researchers have created tiny drills capable of boring into bacteria, punching holes in their membranes and killing them.

The researchers hope that by providing a mechanical action for maiming or killing bacteria, they have developed a method that will not lead to antibiotic resistance.

“I tell students that when they are my age, antibiotic-resistant bacteria are going to make COVID look like a walk in the park,” Rice chemist James Tour, whose team built the nanoscale drills, said in a statement. “Antibiotics won’t be able to keep 10 million people a year from dying of bacterial infections. But this really stops them.”

Stopping the superbugs: Because of the misuse and overuse of antibiotics, there are now versions of bacteria that are no longer able to be killed by previously successful drugs.

These “superbugs” are rapidly gaining footholds around the world, and are considered by the WHO to be one of the top 10 global public health threats.

Unfortunately, finding new and effective antibiotics is quite a difficult process, and it will likely lead to drugs that will eventually be resisted again.

“No new class of antibiotics against Gram-negative bacteria has been approved since the late 1980s, and only one in four antibiotics under clinical development is a novel drug class or acts via a new mechanism of action,” the researchers note in their study, published in Science Advances.

This means that the vast majority of the drugs in testing are vulnerable to the same forms of resistance evolved against older drugs.

Researchers have begun searching for novel methods to help stem the tide, including using bacteria-killing viruses called phages and using compounds like CBD in combination with other drugs to improve their efficacy.

Since these devices use a physical method of damaging or killing the bacteria, researchers hope they won’t lend themselves to resistance.

Rice University researchers have created tiny drills capable of boring into bacteria, punching holes in their membranes and killing them.

These synthetic structures were designed to spin in one direction in the presence of a stimulus, turning themselves into programmable drills.

The nanoscale drills are based on Nobel-winning technology and the team’s own previous work. But these drills have an important new feature: they are powered by visible light, instead of UV light, which can be damaging to human tissue (hence sunscreen).

Juiced up by their powersource, the drills spin at 2 to 3 million times per second, punching holes in the membranes of both gram-positive and gram-negative bacteria.

(Gram-negatives, which have an extra membrane layer and pumps that can remove unwanted proteins, are the much harder ones to kill.)

The drills were tested by infecting a wax moth’s burn wounds with Acinetobacter baumannii and MRSA. The molecular machines were able to kill the bacteria.

Because they broke through and weakened the protective membranes of the bacteria, the nanoscale drills, even when used at lower levels, improved the performance of traditional antibiotics as well — like a fullback in football throwing a block to open up the running back’s path to a touchdown.

Importantly, the team found that the molecular machines also broke up biofilms, where groups of bacteria form protective coats that can work as armor against antibiotics, and also killed dormant bacteria, called “persister cells,” that avoid antibiotics and live to fight again.

“Even if an antibiotic kills most of a colony, there are often a few persister cells that for some reason don’t die,” Tour said. “But that doesn’t matter to the drills.”

Superbug kryptonite? Because tiny little drills boring into them isn’t exactly something bacteria regularly face in nature, the researchers believe their molecular machines are not likely to cause resistance to develop.

When bacteria were challenged with them again and again, in an effort to force resistance, the team was unable to find any mutants that could withstand the drill. (That being said, never count out organisms as successful as bacteria.)

Because they are already exposed to visible light, bacterial infections in skin wounds — like those of burn victims — seem to be the most promising candidates for treatment as the drills make their journey from lab to people.

To help protect healthy cells from the molecular machines, the team is now working on building versions that use bacterial peptide signatures to aim the drill at specific targets. 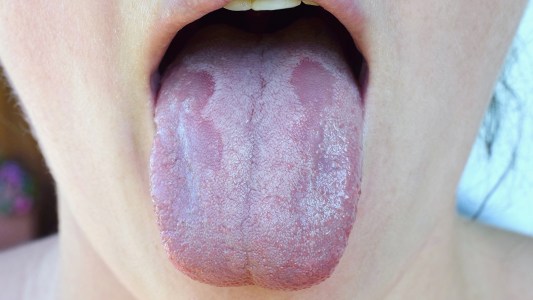 MIT researchers have discovered that complex molecules in mucus can keep fungal infections in check.

Medicine
The key to fighting fungal infections may have been inside us all along
Subscribe to Freethink for more great stories
Subscription Center
Challenges
Video
Freethink
Subscribe
We focus on solutions: the smartest people, the biggest ideas, and the most ground breaking technology shaping our future.
Subscribe