The anaesthetic drug ketamine can quickly help people battling hard-to-treat depression — two decades worth of studies has made that clear — but scientists are still struggling to understand just how ketamine is able to do this.

Now, a new study is peeling back the curtain, revealing what the drug does in the brains of people with depression — and the knowledge could result in new antidepressants that boast the same benefits as ketamine without its negative side effects.

Every neuron in the brain has proteins called receptors on its surface, and chemicals called neurotransmitters bind to these receptors to trigger activity in the brain.

Low levels of the neurotransmitter serotonin have been linked to depression before, and scientists know that the chemical can bind to 14 different types of receptors.

Ketamine interacted with the receptors in a previously unknown way.

From their own past research, scientists at Sweden’s Karolinska Institutet knew that people with depression have a low density of serotonin 1B receptors. That inspired them to launch a study to explore how ketamine interacts with those receptors, in the hope that the information might help with the development of new antidepressants.

They enrolled 30 people with difficult-to-treat depression in their study, which was published in the journal Translational Psychiatry, and then used a technique called positron emission tomography (PET) to take images of their brains.

The Path to New Antidepressants

Dopamine plays a major role in making people feel positive, which could help explain why ketamine is an effective antidepressant.

However, there’s a reason doctors don’t prescribe ketamine for depression more regularly — it’s a narcotic-classed drug with a high potential for addiction and abuse.

But now that we know more about what it does in the brain, instead of prescribing ketamine for depression, researchers could aim to develop new antidepressants that target serotonin 1B receptors in the same way — delivering the benefits of the drug without its negative baggage.

Drugs
Should psychedelics be patented?
The issue of patents has riven the psychedelic field. A lawyer’s repository of psychedelic info may make sure the new field stays fair.
Up Next 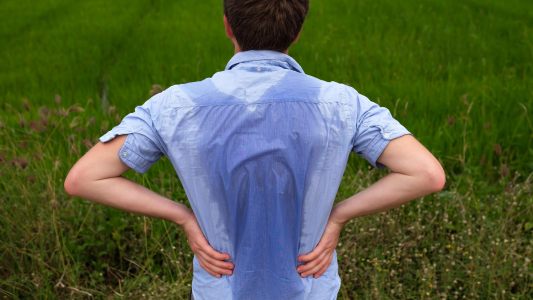 An app that works with a wearable wrist sensor to track how much a person sweats could change how we harness the power of biodata in the future.