A malaria vaccine developed by researchers at the University of Oxford continues to impress, with a booster dose demonstrating up to 80% efficacy in children in a trial with over a year of follow-up.

The challenge: Malaria is a parasitic disease spread by mosquitoes. While it’s already eradicated in many parts of the world, it’s still a major threat in Africa, killing more than 600,000 people every year.

About half of all malaria deaths are children under the age of five, and even if a child survives their first malaria infection, they’re often reinfected. This repeated battle can take a toll on their immune systems and leave them vulnerable to other illnesses.

The only approved malaria vaccine is a shot made by British drugmaker GSK, and it’s only 40% effective. GSK is also only committed to supplying 15 million doses annually, but 25 million children are born in Africa alone every year, and each needs multiple doses.

About half of all malaria deaths are children under the age of five.

Oxford’s vaccine: In 2019, 450 children between the ages of 5 months and 17 months participated in a phase 2b trial of Oxford’s malaria vaccine (R21/Matrix-M) in the African nation of Burkina Faso.

The children were split into three groups. Two groups received a three-shot regimen of Oxford’s malaria vaccine, combined with either a high or low dose of an immunity-boosting adjuvant. The third group received a rabies vaccine as a control.

Oxford reported that the vaccine with the high dose of the adjuvant was up to 77% effective at preventing clinical malaria over 12 months of follow-up — making it the first malaria vaccine to reach the World Health Organization’s goal of 75% efficacy.

What’s new? In June 2020, 409 of the participants in Oxford’s trial were given booster shots of the same type of vaccine they received initially (i.e., if their primary vaccination was with the high dose of the adjuvant, so was their booster shot).

Oxford has now reported that the booster with the high adjuvant dose was 80% effective over 12 months of follow-up, while the lower dose was 70% effective, meaning the initial three-shot regimen plus a booster results in at least two years of robust protection.

Looking ahead: Results from a phase 3 trial involving 4,800 children — ranging in age from 5 months to 36 months and living in four African nations — are expected in another few months. Those will be key to getting Oxford’s malaria vaccine approved by regulators.

If the shot is approved, the Serum Institute of India, one of the world’s biggest vaccine makers, is ready to manufacture 200 million doses annually starting in 2023, and study co-author Adrian Hill told BBC News the vaccine should cost just “a few dollars” to produce.

The bottom line: Oxford’s malaria vaccine could be huge in the fight against this deadly disease — but only if health officials are able to secure the funding needed to get the shots into arms.

“Without this investment, we risk losing the gains that have been made over the last decades and witnessing a rising tide of malaria resurgence,” Azra Ghani, chair in infectious disease epidemiology at Imperial College London, who isn’t involved in Oxford’s vaccine, told BBC News. 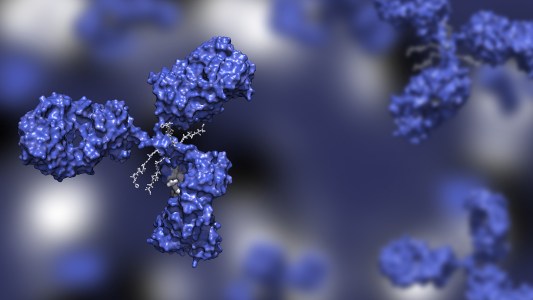 Using modified mouse models originally designed for HIV, researchers have discovered an antibody that stops all known strains of COVID-19.

Coronavirus
Newly discovered antibody neutralizes all variants of the coronavirus
By B. David Zarley
Subscribe to Freethink for more great stories
Subscription Center
Sections
Video
Freethink
Subscribe
We focus on solutions: the smartest people, the biggest ideas, and the most ground breaking technology shaping our future.
Subscribe