A video game is helping stroke survivors enjoy the benefits of stroke rehabilitation without leaving their homes, and it’s freeing up healthcare workers to help more patients — just one of the ways that games are helping healthcare evolve in the modern age.

The challenge: A stroke occurs when the supply of blood to the brain is interrupted, either by a blockage or rupture. This can cause brain cells to begin dying within minutes, potentially resulting in brain damage that affects the ability to talk, walk, and control limbs.

Nearly 800,000 Americans have a stroke every year, and about two-thirds of survivors report difficulty performing daily activities, such as cooking meals. Stroke rehabilitation can help them regain their lost abilities, but the programs can be expensive and inconvenient.

“As an occupational therapist, I have seen patients from rural areas drive more than an hour to come to an in-person clinic three to four days a week, where the rehab is very intensive, taking three to four hours per session,” said Rachel Proffitt from the University of Missouri School of Health Professions.

The therapist must be present for the entire session as well, according to Proffitt, which limits the number of patients they can help.

Incomplete homework: Giving patients exercises to do at home is one way to minimize the burden of in-person therapy.

Adherence to at-home programs is low, though, and when researchers have asked patients why they don’t stick with the programs, some have reported losing motivation simply because the exercises were too complicated or boring.

Giving patients exercises to do at home is one way to minimize the burden of in-person therapy.

“I’ve been through [physical therapy] for various injuries, and you know, sometimes I get home and I’m sort of like, well, I forget exactly what I was supposed to do,” Brennan M. Spiegel, director of health services research at Cedars-Sinai Medical Center, told the New York Times in 2021.

“How am I supposed to set up my body for this? And also, do I have the motivation to do it right now?” he continued.

It does this by having a motion sensor track patients’ movements as they ride in a virtual kayak.

“As they go down the river, they perform arm motions simulating paddling, rowing, scooping up trash, swaying from side to side to steer, and reaching overhead to clear out spider webs and bats,” Proffitt said. “It’s making the exercises fun.”

To test the efficacy of “Recovery Rapids,” Proffitt’s team joined researchers from OSU and several other U.S. institutions to conduct a multi-site trial comparing it to the type of in-clinic therapy it mimics, constraint-induced movement (CI) therapy.

A VIGoROUS trial: The ​​Video Game Rehabilitation for Outpatient Stroke (VIGoROUS) trial enrolled nearly 170 people who’d had a stroke at least six months prior and were currently experiencing mild to moderate paralysis in one of their arms.

The participants were then divided into four groups.

One group received traditional in-clinic CI therapy, which required 35 hours of time with a therapist. Another group met with a therapist in a clinic setting for 5 hours of non-CI stroke rehabilitation therapy.

“As they progress, the challenges get harder, and we conduct check-ins with the participants via telehealth to adjust goals, provide feedback, and discuss the daily activities they want to resume as they improve,” Proffitt said.

“We are cutting costs for the patient and reducing time for the therapist…it’s a win-win.”

The results: Based on the amount of improvement from when patients started the trial to its end, the combination of “Recovery Rapids” and telehealth visits was as effective as traditional in-clinic CI therapy — while requiring 80% fewer therapist hours.

The big picture: The need to stretch resources extends well beyond strokes and rehab — even prior to COVID-19, the U.S. was facing a general shortage of healthcare workers due to an aging population and a tight labor market.

The pandemic has only exacerbated the problem. About 300,000 healthcare workers left the industry between February 2020 and March 2022, and while that might be just 2% of the total workforce, even a small decline can impact patient care.

In 2021, the FDA authorized EaseVRx, a self-administered VR program that incorporates methods traditionally taught by psychotherapists into games and other tasks as a way to alleviate users’ chronic back pain.

The OdySight app, meanwhile, features a game that tests the vision of people with chronic eye diseases. It then sends the results of the game to their doctor, helping eliminate unnecessary in-office check-ups.

Another FDA-authorized game, EndeavorRX, has been shown to improve the symptoms of ADHD in children when played at home, and an ongoing study is testing its ability to help people overcome the “brain fog” associated with long COVID.

“If brain fog is a problem of the magnitude that we think it is, there is absolutely no way that we could equip enough occupational therapists, rehabilitation psychologists, and speech and language pathologists,” co-investigator Jim Jackson from Vanderbilt University Medical Center told Verywell Health in April 2021.

“[T]hat led us to lean in the direction of an approach that could be rapidly scaled,” he added. 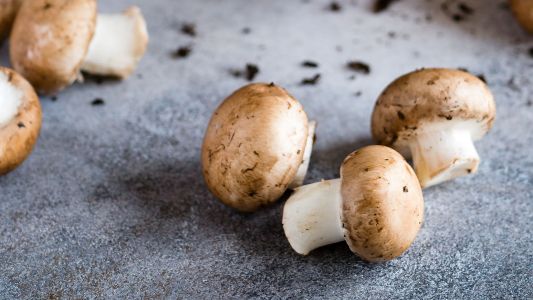 Roughly half the world population, including in America, has insufficient levels of vitamin D. UV irradiated mushrooms can help.