Presenting at the CAR-TCR Summit in Boston, researchers from La Jolla’s Scripps Research described an off/on switch for CAR-T therapy, a potentially groundbreaking safety improvement for this powerful but risky therapy.

As reported by STAT, the team from Calibr, Scripps’ drug development and discovery division, announced that the majority of patients in the nine person study responded to their experimental treatment.

Most of those had a “complete response” — meaning no signs of cancer could be detected.

But perhaps even more importantly for the future of the therapy, the researchers were also able to halt the potentially lethal side effects of the body’s immune cells. Using their new switch, they were able to turn off the souped up, cancer-killing cells and stop the side effects in days, rather than weeks.

Their technique may not only make immunotherapy safer, but also allow CAR-T cells to be tweaked to whatever cancer needs hunted — meaning off-the-shelf CAR-T cells may be possible, rather than every patient needing a custom-engineered treatment.

“It’s a very smart strategy,” Yubin Zhou, a bioengineer at Texas A&M who has kept tabs on the work, told STAT. “You can reduce the cost. I think this will win the market in the long run.”

Harnessing the immune system: At its core, cancer immunotherapy means using the body’s immune system to fight cancerous tumor cells, just like it would a bacteria, virus, or parasite.

But when cancer has taken root, the immune system usually needs our help to pull this off.

In CAR-T therapy, researchers pull out a specific type of immune system cell, called a T cell, from the patient. These recruits are then kitted out with a “chimeric antigen receptor,” or CAR, which helps the T cells spot and kill cancerous cells. Thus armed, the CAR-T cells are put back in the patient with their new marching orders: kill the cancer!

But the immune system can have a negative impact on us, as well. CAR-T and other immunotherapies run the risk of triggering a scorched-earth attack that leads to dangerous inflammation.

This can result in a “cytokine storm,” where the overactive immune system releases too much of a protein called cytokine. The results can range from flu-like symptoms to life-threatening complications. Neurotoxicity (specifically “immune effector cell-associated neurotoxicity syndrome, or ICANS) can hurt a patient’s brain.

Unfortunately, both of these complications are common. The risk is often worth it to try to stop the cancer, but it makes mitigating the side effects crucial to better treatment. Scientists are developing numerous approaches to make immunotherapy safer, including drafting different immune cells, like the awesomely-named natural killer cells.

Another option is Calibr’s off switch.

CAR-T therapy can be powerful, but it has potentially severe side effects if it triggers an overdrive immune response.

Tuning the CAR’s ignition: To create their on/off switch, the researchers used a special CAR that focuses not on cancer cells, but on a specific antibody.

They’re cellular switchblades, with the antibody the release.

Seven of the nine patients responded to the switchable CAR-T cells, with six of them having a complete response — wiping the cancer out — according to STAT.

Cases of cytokine storms and ICANS were less common, less severe, and shorter when compared to normal CAR-T therapies, lasting 2 or 3 days as opposed to 5 to 17 days, Inside Precision Medicine reported.

Off-the-shelf immunotherapy: Since these switchable CAR-T cells were not programmed to target a specific cancer, just certain antibodies, the study points to a future where CAR-T cells can be mass produced and infused into anyone who needs them.

Instead of pulling T cells from individual patients and custom programming them, oncologists may one day be able to take ready-made CAR-T cells and match them with an antibody switch for the cancer they want to attack. Tweak the antibody, change the target — a plug n’ play system.

“This is our first step toward demonstrating the potential of this universal platform to be programmed toward any target, including those for solid tumors,” Inside Precision Medicine reported Travis Young, VP of biologics at Calibr, saying. 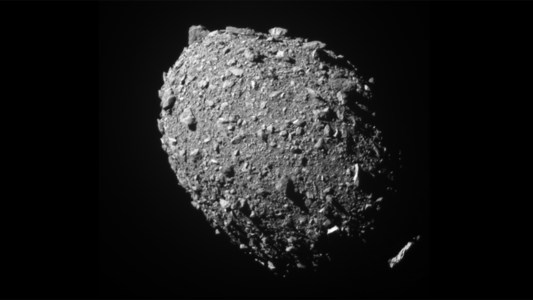 NASA has slammed its DART spacecraft into an asteroid in the world’s first demonstration of planetary defense technology.