An interaction between children and a therapy dog goes something like this: the dog and its handler show up at a hospital, school, or other location. The kids pet the dog, the dog basks in their affection, and after the therapy dog leaves, the children just feel better.

It doesn’t sound very scientific, but it works — studies have shown that interactions with therapy dogs can increase kids’ feelings of wellbeing, reduce their stress levels, and improve their motivation.

Now, a University of Portsmouth study suggests that a robot dog may be just as effective as a real therapy dog — and possibly even better.

Not everyone who could benefit from a visit with a therapy dog has the option.

Children in hospitals might not be allowed to have furry visitors due to fears they’ll spread germs. Kids with dog allergies or phobias, meanwhile, might find that hanging out with a dog is a stressful experience, rather than a relaxing one.

Visits can be stressful and incredibly tiring for therapy dogs.

If a robot dog could produce the same benefits as a traditional therapy dog, it could be a worthwhile alternative — it would be easier to sanitize, wouldn’t trigger any allergies, and might not be as scary to some kids.

A robot dog has some other advantages over a real therapy dog, too. It never needs to be fed, housed, or taken to the vet — just make sure its battery is charged, and the bot will be ready for its next therapy session.

Finally, while research suggests that therapy dogs really do enjoy their jobs, the grind can still take a toll on them.

“Although lots of people in schools and hospitals benefit greatly from receiving visits from a therapy dog, we have to be mindful of the welfare of the therapy dog,” researcher Olivia Barber said in a press release.

“Visits can be stressful and incredibly tiring for therapy dogs, meaning that we should be exploring whether using a robotic animal is feasible,” she continued.

To see whether a robot dog could possibly fill in for a therapy dog, Barber and her colleagues conducted a study with 34 children ages 11 and 12.

MiRo-E uses more than 30 sensors and cameras to collect information about its environment. The robot dog can then react to that information — it comes when called, and wags its tail when stroked. If it hears an alarming sound, it might even roll away from the noise.

Before and after each play session, the children completed questionnaires.

These questionnaires asked them to choose how they felt from a list of “emotion words” (bored, loved, calm, etc.). The “after” questionnaire also asked them to rate how much they enjoyed the interaction with the therapy dog or MiRo-E.

According to the researchers’ study, the children stroked the two dogs about the same amount. They also reported high levels of enjoyment from their time with both dogs, but said they preferred the therapy dog.

However, they interacted with the robot dog more and chose more of the positive emotion words in the questionnaire after their time with MiRo-E. The researchers suspect that this could be due to the robot dog being more responsive to the kids’ behaviors.

“This is a small-scale study, but the results show that interactive robotic animals could be used as a good comparison to live dogs in research, and a useful alternative to traditional animal therapy,” study supervisor Leanne Proops said in the press release. 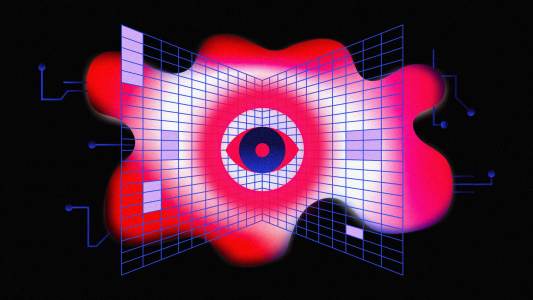 The future of AI looks promising, but it doesn’t come without risks. How can we keep the technology in check, before it outsmarts us?

AI
How to protect our future (when AI gets too smart)
5:12
By Doug Dais
Subscribe to Freethink for more great stories
Subscription Center
Sections
Video
Freethink
Subscribe
We focus on solutions: the smartest people, the biggest ideas, and the most ground breaking technology shaping our future.
Subscribe