The sewers beneath our feet are an intricate tangle of branching pipes. They play a crucial role in keeping modern cities running smoothly, but they are also in constant jeopardy from chemical reactions, heavy traffic, and earthquakes. Corrosion, blockages, and ruptures can make life miserable for urbanites, as well as leaking untreated wastewater into the surrounding soil.

But a new generation of smart, miniature robots could soon be scurrying around below us to carry out the vital sewer inspections and repairs needed to keep the system afloat — improving safety for human workers and reducing downtime and costs. These new “Joey” bots could be deployed from the pouches of larger “Kanga” bots, before navigating and mapping the challenging environments of sewer systems on their own.

The challenge: To avoid the risk of flooding, pollution, and erosion, sewer operators must detect and mend system failures with regular, proactive inspections. Until recently, the only way to do this was to send human workers down into sewer networks to inspect them directly.

In such cramped and poorly ventilated spaces, these workers are regularly exposed to harmful gasses and biohazards, making for an exceptionally dangerous — and unpleasant — work environment.

Beyond worker safety, these inspections are also expensive and time-consuming, and they are generally limited to the biggest pipes that a human can squeeze into safely — or inspect from the outside – leaving many pipes vulnerable to long-term damage.

To solve this problem, robots are being developed that can crawl through sewer pipes, allowing workers to inspect them for damage from the surface. Even so, these robots must still be tethered to cables, and controlled manually by trained operators. This makes it difficult for them to navigate many of the more challenging features of sewer networks, including differing pipe widths, slippery inclines, sharp turns, and unexpected obstacles.

Introducing: Joey: A team of UK researchers have now unveiled a smarter, wireless alternative to this technology. Named “Joey,” this 3D-printed miniature robot was designed by Thanh Luan Nguyen and colleagues at the University of Leeds.

Weighing in at just 70 grams, Joey is equipped with just a few low-energy sensors, including three laser-based sensors installed in the front, which map out the topology of the surrounding pipe, and a motion detector on the back.

The miniature “Joey” robot could be stored in the ‘pouch’ of a larger robot, named “Kanga.”

The data gathered by the sensors is then handled by a low-power, on-board processor, and taken in by a control algorithm, which intelligently identifies any obstacles, and decides where Joey should move next, without any need for power-hungry image processing.

Joey navigates its environment using a set of four “wheel-legs,” shaped roughly like fidget spinners. This design allows the robot to roll through smooth, straight sections of pipe, and walk more carefully over rocks, pebbles, and steps. It also enables Joey to steer around sharp corners by walking slowly on one side, and rolling more quickly on the other.

Exploring sewers: With its low power and limited sensing abilities, Joey wouldn’t be able to navigate the challenges of real sewers all by itself. Instead, Nguyen’s team suggest their miniature robot could be stored in the ‘pouch’ of a larger robot, named “Kanga.” Although too large to crawl through smaller pipes, Kanga would be equipped with a more advanced set of sensors, a large battery, and a set of automated repair tools – compensating for Joey’s limitations.

When a pipe needs to be inspected, Nguyen’s team propose that Kanga could crawl inside a larger pipe, then deploy the more nimble Joeys inside, which could go on to explore the surrounding smaller pipes. When a Joey starts running low on charge, or becomes damaged on its journey, it could then make its way back to Kanga for recharge or repair work, without needing to return to the surface.

To test Joey’s performance, the researchers constructed an artificial sewer network in the lab. Their setup featured branching pipes with varying diameters, and also included inclines, sharp corners, obstacles, and slippery mud – simulated by a mixture of sand and washing-up liquid.

As the team hoped, Joey navigated this environment with ease: crawling through pipes just 75 millimetres in diameter, while autonomously charting every section of the network, and smartly avoiding its obstacles.

New abilities: Nguyen’s team acknowledge there is still some way to go before Joey can be rolled out as a practical tool for real sewer systems. All the same, they already have numerous plans for future improvement to their robot’s design.

With further upgrades, Joeys may even undertake minor repairs by themselves.

Joey’s most pressing required upgrades will involve better waterproofing, which will help it to explore water-filled pipes without incurring damage. The robot will also need to have some way to correct itself if it accidentally flips onto its back.

Going further, the researchers hope that future generations of Joeys could operate in swarms deployed from the same Kanga. These robots could share information during exploration, helping each other to explore complex mazes of pipes more exhaustively and efficiently.

With further upgrades, Joeys may even undertake minor repairs by themselves. By replacing the role of human inspectors, Nguyen’s team ultimately hope that Joey bots will one day prove to slash the time and costs of manual repairs, while keeping human sewer workers out of harm’s way. 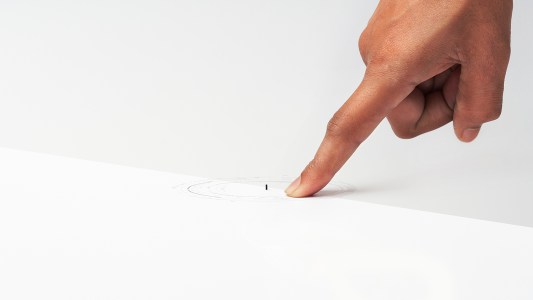 LA-based startup Bionaut Labs is developing micro-sized medical robots that are guided through the body by magnets.