Researchers in the United Kingdom have found a way to reverse age-related memory loss in mice — and they believe the treatment could work in humans, too.

Why it matters: Age-related memory loss is fairly common, with about 40% of people over the age of 65 experiencing some level of decreased memory function.

At first, that might just mean grandpa forgets where he put the car keys. However, if the memory loss progresses to a dangerous level — he misplaces an important medication or forgets to turn off the stove after using it — it could mean having to give up living independently.

The goal: There’s some evidence that we can delay age-related memory loss, but if we can find a way to reverse it, we could help the millions of people already experiencing some level of loss.

Several groups are experimenting on reversing memory less, using everything from blood transfusions to brain implants.

Now, researchers from the University of Cambridge and the ​​University of Leeds have developed a genetic treatment that reversed age-related memory loss in mice, suggesting a new way to address the issue in humans.

Net worth: The new treatment focuses on cartilage-like structures called perineuronal nets (PNNs) that surround brain neurons. The composition of these structures changes as we age, and that affects their function.

When we’re younger, PNNs contain higher levels of a compound that increases our brain’s ability to form new memories (its plasticity), but as we age, the balance changes to compounds that make the brain more efficient but less plastic.

How it works: For the new study, the U.K. researchers tested the memories of both old and young mice and found that, as expected, the seniors appeared to experience age-related memory loss.

They then used a virus to deliver a genetic treatment designed to increase the levels of the plasticity-promoting compound in the PNNs of the older mice.

After that, the mice were tested again, and this time, the older mice had memories on par with the younger rodents.

“We saw remarkable results when we treated the aging mice with this treatment,” Leeds researcher Jessica Kwok said in a press release. “The memory and ability to learn were restored to levels they would not have seen since they were much younger.”

Treating age-related memory loss: The usual disclaimer about results from mouse studies rarely translating to humans applies here. However, the researchers believe the nature of their treatment gives it a better-than-average shot of making the species leap.

“What is exciting about this is that although our study was only in mice, the same mechanism should operate in humans — the molecules and structures in the human brain are the same as those in rodents,” Cambridge researcher James Fawcett said.

“This suggests that it may be possible to prevent humans from developing memory loss in old age,” she continued. 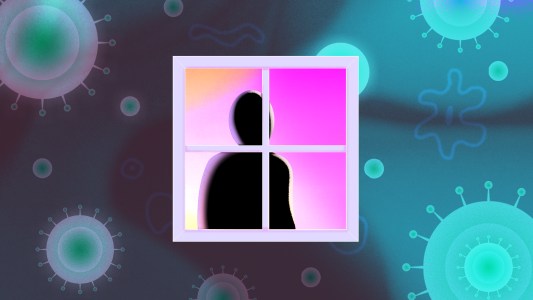 The complex reality of remembering is anything but objective.

Memory
What pandemic nostalgia tells us about how memory works
Subscribe to Freethink for more great stories
Subscription Center
Challenges
Video
Freethink
Subscribe
We focus on solutions: the smartest people, the biggest ideas, and the most ground breaking technology shaping our future.
Subscribe