The company’s second commercial robot, Stretch, can only do one job — and that’s by design.

The rise of ecommerce has led to a steady increase in the number of warehouses where sellers store inventory and fulfill orders.

It’s also led to an increase in the number of warehouse workers, many of whom do jobs that are dull, dirty, and dangerous — exactly the kinds of tasks experts say we should gladly hand over to robots.

Warehouse automation has increased in recent years, but the vast majority of warehouses still rely solely on manual labor — humans are simply faster and more capable of navigating warehouses’ tight spaces than robots are.

Boston Dynamics has known there’s a demand for a better warehouse robot since at least 2016, though — that’s the year it released a video showing its Atlas robot moving boxes.

“(W)e got a big reaction from people in the warehouse space,” Kevin Blankespoor, Boston Dynamics’ VP of Product Engineering, told Ars Technica. “They wanted Atlas to come work at their warehouse.”

“We thought, ‘Well, Atlas is probably a bit complicated to actually go work in a warehouse, but we could design a robot that’s much more simple that has the same attributes,'” he continued.

Stretch is that warehouse robot.

Stretch was specifically designed to move boxes — from the back of a truck onto a conveyor belt, for example. It uses a system of AI-powered cameras and sensors to identify the boxes and a robotic arm and gripper to lift them.

Stretch rolls around on a square base the same size as a standard pallet — that allows the warehouse robot to fit perfectly into most warehouse spaces.

According to Boston Dynamics, Stretch can lift and move up to 800 boxes, each weighing up to 50 pounds, in one hour — that’s one box every 4.5 seconds.

How that compares to the average warehouse worker isn’t clear, but Stretch could work for eight hours without a break.

No word yet on the cost of the warehouse robot, but Boston Dynamics is looking for customers to pilot test Stretch before its commercial deployment in 2022. 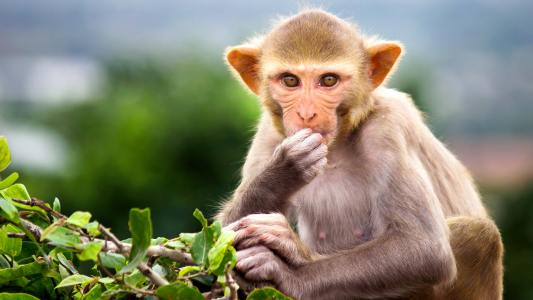 Functional ultrasound tech can be used to map the brain activity of monkeys, suggesting it might be useful for future brain-machine interfaces.