When one thinks of a chess AI, one imagines an all-conquering entity, relentlessly manipulating their pieces and opponents, forever closing in on the inevitable checkmate.

And that’s certainly the case when it comes to some of the descendants of Deep Blue, like AlphaZero — which in 2017 slayed the world’s top chess program, Stockfish. It is no longer possible for humans to keep up with the machines, so they must battle each other.

But Maia is a chess AI designed to do something different: to play as much like a human as possible, mistakes and all.

Developed at Cornell University, under the lead of computer scientist Joel Kleinberg, Maia’s mission is to better understand and predict human moves — including our errors — in an effort to develop AI that can better work with and train mere humans.

AI, particularly those using deep-learning, have become spectacularly good at human games. Take, for example, the indomitable AlphaGo, which won 3 out of 4 matches against Lee Sedol, one of the world’s best players of go — an ancient and intricate strategy game. He later retired, referencing an “entity” that he could never beat.

“Entity” there is the appropriate word. Because these deep-learning algorithms often learn by playing against themselves, they develop some… idiosyncrasies in their play style. In its showdown with Lee, AlphaGo made a move so strange and unexpected that Lee famously had to leave the room, taking 15 minutes to formulate his response.

Maia, on the other hand, draws its knowledge not from itself or other chess AI, but from flesh and blood opponents.

According to the Maia website, the AI mirrors moves made by human online chess players more than half the time.

There’s a reason Maia plays chess. Chess, Cornell’s Kleinberg told WIRED‘s Will Knight, is so well-studied it’s kind of like the fruit fly of psychology and AI: “this sort of ideal system for trying out algorithms. Sort of a model for AI dominance.”

What better way, then, to test a lack of dominance?

A key aspect of getting a chess AI to play like a person is predicting moves that we shouldn’t make. Predicting good moves is easy, the Maia team writes; it’s predicting errors that’s tricky. (Maia would have a devil of a time trying to play like me, someone who knows nothing about chess.)

Because chess is such an objective game, it’s easy for computers to find good moves and avoid mistakes. But because wrong moves are, well, wrong, there’s not an obvious way to teach computers when or why we make them.

This ability to understand how and when people are likely to make mistakes can make Maia a very useful learning tool.

However, the team says, even when human players make “horrific blunders,” Maia is able to predict them about a quarter of the time. “This ability to understand how and when people are likely to make mistakes can make Maia a very useful learning tool,” the Maia site states.

While AI may very well outstrip us in numerous fields, it won’t be instantaneous, and humans won’t just be ceding the floor. Instead, Kleinberg told Knight, there will be “a long transition period where AI and humans will be working together, and there’s going to be some communication between them.”

Learning From Our Mistakes

A chess AI like AlphaZero actually may not make for a good teacher, armed with all sorts of bespoke strategies only gained through an impossible amount of experience playing a practically infinite number of games.

But Maia, by virtue of not only playing like us but making mistakes like us, could teach us a lot.

“It’s a lovely idea,” British grandmaster Matthew Sadler told Knight about the idea of a Maia-like chess AI being used as a training partner. “There’s a huge need for club players to have engines that talk their language.”

Amateurs wouldn’t be the only ones who could possibly benefit.

“Just imagine you’re preparing for the world championship game against Magnus Carlsen,” the world’s reigning champion, “and you have an engine that plays just like Magnus” — a chess AI scout team, if you will.

There’s precedent for AI playing with, not against, their human opponents. OpenAI Five demonstrated an ability to cooperate with players in the popular esports game DOTA 2, for example. (It also eviscerated some of the best pros in the world, so … )

But creating an AI that could predict the most human decision, rather than the optimal one, could have implications well beyond chess AI.

Kleinberg offered up health care as an example. An AI used to help train doctors on medical imaging may be more effective if it “thinks” like its corporeal counterparts are likely to, predicting and pointing out likely errors that it can then help them to recognize and correct.

This hand-in-digital-glove future may require a better understanding on our part, too; if an AI were to appear less effective, for example, it may cause people to distrust them, University of Kassell (Germany) researcher Matthias Söllner told Knight. 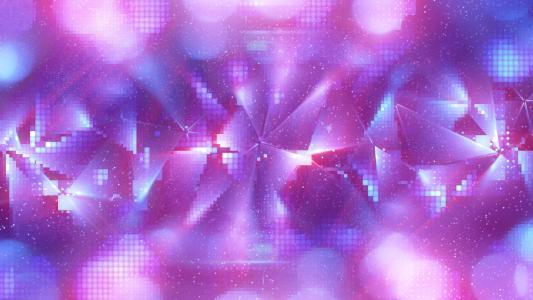 Scientists created an intelligent material that acts as a brain by physically changing when it learns. This is an important step toward achieving a “quantum brain.”