Biotech startup Because, Animals is creating cultured meat for pets, using cells humanely harvested from mice to grow the meat found in its new “cat cookie.”

The challenge: Traditional meat production is bad for the environment and arguably unethical — not only because it involves raising animals just to be slaughtered, but also due to the conditions those animals are forced to endure while alive.

Still, demand for meat is the highest it’s ever been, and people aren’t the only ones contributing to it — America’s pet cats and dogs eat a lot of meat, too. In fact, if they formed their own nation, it’d rank fifth in total meat consumption, according to a 2017 UCLA study.

To the lab: Cultured meat has emerged as a possible solution to the problem of meat production.

This meat is grown in a lab from a few starter cells that can be sourced from an animal without killing it. Because the final product is molecularly identical to animal meat, it can replicate the taste more accurately than plant-based alternatives.

There are already plant-based pet foods on the market, and while a cat isn’t likely to complain about their taste, some experts argue that they can’t meet the animals’ dietary needs — so Because, Animals is developing cultured meat for pets.

Lab-grown mouse meat: On August 16, the startup announced the creation of its first product: Harmless Hunt Mouse Cookies for Cats.

These treats contain lab-grown mouse meat, which was produced using cells taken from the ears of three mice, all of whom were then adopted as pets by the company’s employees.

The treats have reportedly passed feline taste tests, and Because, Animals expects to have them on the market in early 2022, barring any regulatory setbacks.

“The public launch of Harmless Hunt is a milestone for us, for the cultured and alt-protein industry, for pet food, and for animals raised and slaughtered to feed cats and dogs,” co-founder and CEO Shannon Falconer said in a press release.

“We are finally able to provide pets with a healthier, safer, greener choice at a price that will be on par with other premium retail products,” she added.

The startup is already looking ahead to its next cultured meat for pets, too: a lab-grown rabbit meat that will be used for dog food.

The bigger picture: In addition to providing owners with a more sustainable alternative to traditional pet food, Falconer is hopeful that cultured meat might be able to impact the way livestock are treated, too.

The startup’s employees adopted the three mice who provided the initial cell samples.

She told CNBC that the meat used for pet food is often sourced from animals that were supposed to be fed to humans, but that died from disease or unsafe living conditions.

“All that meat gets shunted into pet food,” Falconer said. “And it allows animal agriculture to stay afloat without making any big changes.”

If cultured meat can eliminate that alternative use for the animals, it might force farmers to work harder to prevent their deaths. The possibility of that happening is still years, if not decades, off, but it might all start with a single cat cookie made from cultured mouse meat. 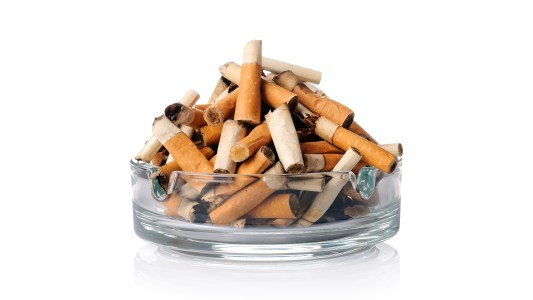