Researchers at the Zurich University of Applied Sciences (ZHAW) have developed a way to make lab-grown chocolate — adding a sweet treat to the lengthening list of lab-grown foods.

Booming market: Chocolate is a $138 billion industry, and demand for the sweet stuff is only expected to increase — some experts predict the market could exceed $200 billion by 2028.

Currently, all of this chocolate is made from cocoa plants grown on farms, but the Swiss researchers think there’s room in the market for lab-grown chocolate, too.

Such a product might particularly appeal to people who are wary of traditional chocolate due to its association to deforestation and child labor.

Lab-grown chocolate: Making the lab-grown chocolate starts with the sterile extraction of a cocoa bean, which is cut into quarters. Each segment is then incubated in complete darkness using a specially developed medium.

That causes a scab-like material to grow on the cut part of the bean. After about three weeks, that material is scraped off and put in a bioreactor to multiply.

Once the multiplication process in the bioreactor is complete, it’s drained, and the material within it is dried out and roasted. At that point, you have a powder that can be mixed with other ingredients to produce bars of chocolate.

The multiplication process in the bioreactor can be repeated over and over again from that first bit of material, similarly to how a sourdough starter can be used to make unlimited loaves of bread.

The cold water: The lab-grown chocolate isn’t quite ready for store shelves just yet.

While it matches the texture of traditional chocolate, according to those who’ve tasted it, it has a different flavor — it’s less bitter and more fruity and sweet. A ZHAW team dedicated to identifying the flavors and aromas of chocolate aims to help with that, though.

It’s also more expensive: 100 grams of it costs about $20 compared to $3 for traditional chocolate, though mass production could get the cost down.

Looking ahead: If the researchers can perfect their lab-grown chocolate, it might one day provide chocolate lovers with a tasty alternative to traditional bars — but it’ll never replace them, according to researcher Tilo Hühn.

“We will not be making traditional production of cocoa beans obsolete, nor would we want to,” he told the Swiss Broadcasting Corporation. 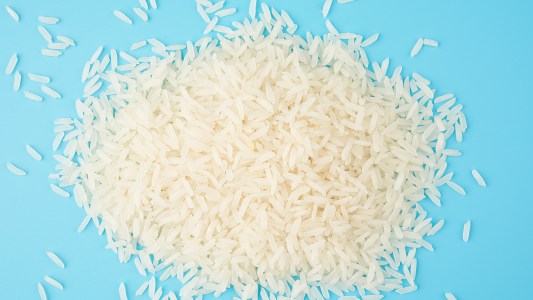