An oral cholera vaccine grown in genetically modified rice has passed its first human trial — and while it’s not the first cholera vaccine, it could be the easiest to distribute in places that need one the most.

The challenge: Cholera is a bacterial disease caused by ingesting contaminated food or water. This can lead to severe diarrhea, vomiting, dehydration, and, if untreated, death.

Every year, up to 4 million people contract cholera and between 21,000 and 143,000 people die from it. Most of these deaths are in impoverished areas with poor sanitation and a lack of clean drinking water.

There are four oral vaccines to prevent cholera, but they’re all dependent on a temperature-controlled supply chain. That makes the vaccines difficult to distribute in some of the places hit hardest by the disease, where refrigeration units and trucks might not be available.

A new cholera vaccine: More than a decade ago, researchers at the University of Tokyo and Chiba University announced the development of MucoRice-CTB, a cholera vaccine that doesn’t require refrigeration at any stage.

They’ve now published promising results of the first human trial of the vaccine, putting it a step closer to saving lives.

How it works: All of the currently available oral cholera vaccines are inactivated or live-attenuated vaccines, meaning they contain either dead or weakened cholera bacteria.

The new cholera vaccine is a subunit vaccine, which means that it uses just a piece of the bacteria — not the whole thing — to trigger an immune response.

To produce this vaccine, the Japanese researchers engineered rice to grow the necessary protein from the bacteria in their edible grains.

Once the rice is harvested, it can be ground into a powder and stored in sealed bags. When it’s time to administer the cholera vaccine, the powder is mixed with a liquid so it can be drunk.

The whole process of growing, storing, and transporting the rice takes place at room temperature.

The trial: During a phase 1 trial, 30 healthy Japanese men received the cholera vaccine (in three different-sized doses) while another 30 received a placebo.

None of the men in the vaccine group experienced significant side effects, and 19 of them demonstrated a good immune response, with their bodies producing two types of antibodies against the disease.

Gut reaction: In an attempt to figure out why the other 11 men showed only a low response or no response at all to the cholera vaccine, the researchers analyzed fecal samples from all of the volunteers.

This revealed that the non-responders tended to have less diversity in their gut microbiomes — the collective name for the trillions of germs that live in our digestive tracts — than the volunteers who responded well to the vaccine.

Looking ahead: So far, the cholera vaccine has only been tested on Japanese men, so the researchers plan to conduct another phase 1 trial with more diverse volunteers.

If that trial confirms that the vaccine is safe, larger trials to test its efficacy will follow, bringing the life-saving rice a step closer to where current cholera vaccines can’t reach. 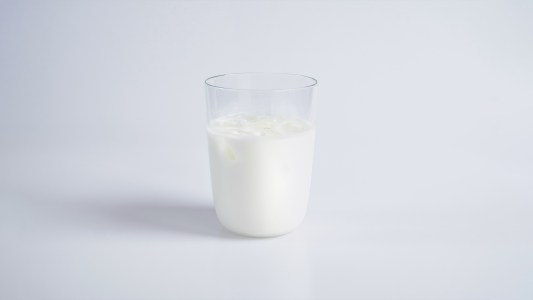 BioMilk, a food technology firm, has invented cultured breast milk that they hope will not only replace formula but even rival the real deal.

Entrepreneurs
Startup makes breast milk in a lab, which could replace formula
By Teresa Carey
Subscribe to Freethink for more great stories
Subscription Center
Sections
Video
Freethink
Subscribe
We focus on solutions: the smartest people, the biggest ideas, and the most ground breaking technology shaping our future.
Subscribe