We are closing a decade on a world that has changed dramatically from when it began. At the start of 2010, many of us were walking around with flip phones and Instagram and Uber weren’t apps yet.

Time may not change everything, but it sure does change a lot. From an environmental, economical, societal, and technological vantage point, the 2010s have seen some pretty amazing changes. These changes have made a meaningful difference in our lives beyond just how we hail a ride or share our photos.

Here are some of our favorite ideas and innovations from the 2010s that have moved the world forward.

Artificial intelligence is not a product of the 2010s, or even the 21st century, but what marked the decade was AI’s new place in our daily lives. Siri, Alexa, and whatever you name Google Assistant are utilizing big data and deep learning algorithms to crack the complexities of speech. Those same neural nets are identifying cancers, impacting — for good and ill — criminal sentencing, powering self-driving cars, and analyzing data to tease out new insights in all sorts of scientific fields. The next advancements of AI can scarcely be imagined.

In mere minutes, Greta Thunberg laid bare the righteous anger and dedication to environmental change that has been building for a decade. Global warming, after smoldering briefly in the background, reemerged in the 2010s as a flashpoint for all of humanity. Scientists, entrepreneurs, and activists around the world are advancing innovative solutions that may slow climate change. From cutting edge carbon capture technology, reforestation efforts, and coral restoration, the 2010s has seen a revival in proposed solutions about our most pressing environmental challenges.

June 26, 2015 will forever stand as an inflection point for a new, more inclusive America, ever closer to fulfilling and upholding the promises made in the Declaration’s preamble. Tears flowed and rainbows flew, as love — for too long fostered in fear and shame — found itself accepted on equal footing in front of the law.

Same-sex marriage triumphed around the world in the 2010s, with 23 of 30 countries where it is permitted legalizing this decade.

Prosthetic limbs and assistive technology have traditionally been uncomfortable, unsightly, and unaffordable. Now, however, thanks to advancements in robotics and artificial intelligence, that’s all starting to change. From mind-controlled limbs and electronic skin to robotic exoskeletons for athletes, bionic technology is allowing people to reclaim total control over their movements and their lifestyles.

And it’s not just the technology that’s changing, it’s our culture’s perception of people with disabilities too. With companies like Open Bionics and Alternative Limb Project, these prosthetics are no longer viewed as “handicaps”: they’re personal expressions that can enhance the human body. Advancements in 3D printing have made customized prosthetics more affordable and therefore more accessible to the 30 million people around the world in need of assistive devices.

5. The World Falls in Love with Dating Apps

In September 2019, Stanford sociologist Michael Rosenfeld announced a finding that will surprise few of us: straight couples are now more likely to first meet online than in the physical world. The aptly named Tinder platform turned what had been a slow burn into a conflagration, its free service and addictive interface (does anyone else always think to themselves Next! when they swipe left?) blowing notifications like embers across our screens. Smartphone sex became a crucial canon in 2010s culture, fodder for thinkpieces, sitcom scenarios, and social science research like Rosenfeld’s. Tinder, Bumble, et. al. are Cupid’s machine gun.

Have a smartphone? Congrats, you’re an independent contractor! From driving to delivery, creative work to household errands, the gig economy exploded in the 2010s. Piratical ride sharing services shook up a stagnant taxi industry. New, democratized sources of income were hailed around the world. The tail end of the decade has seen a backlash, with concerns about wages, regulation, and labor protections taking over the conversation. But if you needed a little extra cash, it was never easier than in the 2010s.

In 2012, the FDA approved Truvada, the first pill to prevent HIV infection. The drug contains two antiretrovirals, normally used to treat HIV, that can also prevent uninfected people from getting the virus. Known as “pre-exposure prophylaxis” (or PrEP), the drug is over 99% effective when used as directed. According to the CDC, PrEP prescriptions rose from 7% of the high-risk population in 2016 to 18% in 2018. (In October 2019, the FDA also approved a second HIV-prevention drug, Descovy, which will hopefully further increase access and affordability.)

Globally, the fight against HIV continues to make progress, especially for vulnerable populations like infants and children. Over the last decade, according to UNAIDS, new HIV infections among children declined by nearly half (47%), worldwide — and, for the first time, most cases of mother-to-child transmission are now being averted, thanks to antiretroviral treatment for mothers and prophylaxis for infants.

From among the smallest of creatures we share the Earth with could emerge one of the biggest advances in medical science: the 2010s can be considered the dawning of the gene editing era. Discovered inside bacteria, where they function as protection against viruses, CRISPR sequences, when combined with DNA-cleaving proteins like Cas9 and Cpf1, can allow for precision cutting-and-pasting in DNA.

America’s long-standing belief in the benefits of mass incarceration was finally pushed back against in the 2010s. Criminal justice reform came about in a variety of ways; a system so pervasive could only be challenged on multiple fronts. In a rare show of bipartisanship, Congress passed legislation aimed at lessening draconian sentences for nonviolent offenders. Protesters took to the streets of cities large and small, demanding an end to the violence people of color face from the police, backed by NBA and NFL stars. DAs’ offices were filled by new, more progressive prosecutors. The long march to marijuana legalization hit a tipping point, the most obvious example of the damages of the War on Drugs being mitigated. Private prisons were decried, and popular sentiment began to take hold. The 2010s may one day be seen as the beginning of the end of the current ills of the criminal justice system.

Miscellaneous Good Stuff: Other reasons the 2010s decade was awesome.

VR
Why 2023 will be “the year of mixed reality”
Mixed reality, in which immersive virtual content is seamlessly combined with our physical world, is set to transform the world.
By Louis Rosenberg
Up Next 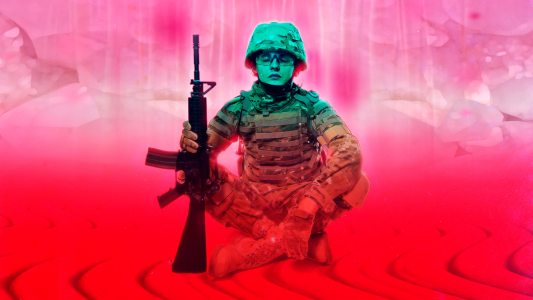 New hope for PTSD sufferers is coming from an expected quarter: MDMA.