People in Russia are being shielded from the truth about the Ukraine war by a wall of Russian propaganda and censorship.

Independent media and social networks have been shut down, and many foreign journalists have left the country in response to draconian new laws censoring discussion of the war — forbidding even calling it a “war,” rather than a “special military operation.”

Now, Russian speakers abroad are using their voices to break down that wall — one phone call at a time.

Russian propaganda: On February 24, Russia invaded Ukraine, and since then, thousands have died, Ukrainians cities have been devastated by missiles and shelling, and more than 3 million refugees have fled the country. Many of those who remain are either sheltering or fighting against the Russian military.

Many Russians don’t know this, though, because the Kremlin is imposing strict censorship on the media and internet, while using state-run media outlets to spread a false narrative about the war.

“[Russians] are being told that Russian soldiers are extremely decorous and careful about preserving Ukrainian civilian life, that they’re being greeted as liberators, that everybody wants to live under Russian rule, and that there are no civilian casualties on the Ukrainian side,” Julia Ioffe, founding partner of media company Puck, told NPR.

Life in a bubble: Information that counters this Russian propaganda is hard to come by.

Since the start of the invasion, the Kremlin has restricted citizens’ access to social media, shut down or silenced independent television channels, and passed a law criminalizing the publication of “false information” about the invasion.

Tens of thousands of Russians were arrested at anti-war protests in the first weeks after the invasion, and many could face lengthy prison terms if prosecuted under the new law.

Information that counters Russian propaganda is hard to come by.

While there are ways for Russians to access accurate information about the Ukraine war — by using virtual private networks (VPNs) to get around internet restrictions, for example — citizens who are inclined to accept Russian propaganda aren’t likely to be using them.

“[T]o go and do this [get a VPN], you already have to be looking,” Ioffe said. “It’s people who already don’t believe what the Kremlin information sources are telling them. They know that this is a war against Ukrainian civilians.”

The idea: An international group of tech, advertising, and communications professionals has now launched the #CallRussia initiative to try to bring the truth about the Ukraine war to Russians who might not currently question the Kremlin’s version of events.

To do that, they created a database of more than 40 million Russian phone numbers. They then created a website to assign those numbers to Russian-speaking volunteers.

The volunteers then call the numbers via phone, Telegram, or Whatsapp and follow #CallRussia’s guidelines on how to have peaceful, non-confrontational conversations about the Ukraine war with the Russians on the other end of the line.

Volunteers are asked to note the outcome of each call on the website (e.g., “call went well,” “busy/no answer”), and leave suggestions for future campaigns.

“One conversation cannot overcome [Vladimir] Putin’s evil propaganda, but 40 million might,” said Paulius Senūta, a creative from Lithuania and one of #CallRussia’s organizers.

Breaking through: The #CallRussia campaign launched on March 8, and it’s not clear yet how many calls have been made or how successful they’ve been — but the phone is just one weapon being wielded in the information battle against Russian propaganda.

The phone is just one weapon being wielded in the information battle against Russian propaganda.

Groups are crowdfunding digital ads to get news about Ukraine in front of Russian internet users, while other volunteers systematically report propaganda-spreading social media bots and accounts.

There’s even a website that allows volunteers to send messages about the Ukrainian invasion to 150 Russian email addresses at a time.

The big picture: As is the case with #CallRussia, it’s hard to say what impact, if any, these volunteer efforts are having on the collective opinion of Russians regarding the Ukraine war.

Independent polling in Russia is difficult, and people may be hesitant to share their true feelings over email or the phone, which can be easily monitored by the government.

The Russian propaganda machine is strong, and these crowdsourced efforts are asking people to take a stance their government has essentially criminalized.

The difficulty of the task isn’t deterring volunteers from it, though, as many see changing Russians’ minds as vital to bringing peace to Ukraine.

“Russians empowered with truth and compassion are the only ones who can stand up against Putin’s lies and end this war,” Senūta said. 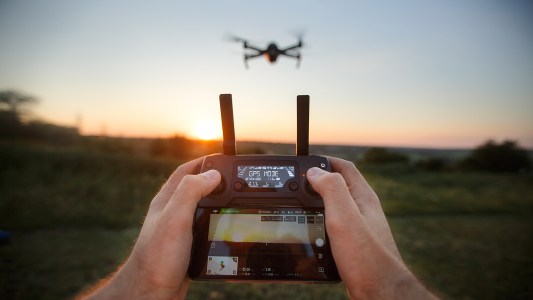 Ukraine has called on local drone owners to help the military conduct reconnaissance missions in the wake of Russia’s invasion.