A pair of childhood friends have launched Philly Truce, a violence prevention app that connects people in personal conflicts with trained volunteer mediators — and they’re hopeful it could serve as a model for other cities experiencing high levels of violence.

“We want to bring violence prevention into the realm of Uber and DoorDash and Amazon — these large-scale ways of reaching people,” co-developer Steven Pickens told Wired.

Violence prevention: Pickens, an emergency medical technician, and Casher, a hip-hop artist, grew up together in Philadelphia in the 1990s, when the city was regularly home to more than 400 murders per year.

With the annual murder rate again on the rise, the two decided they needed to do something to prevent history from repeating itself — so they developed Philly Truce, a violence prevention app.

Philly Truce: The free app is straightforward to use, with just two buttons: “Get Help” and “Mediator.”

Someone who knows about or is involved in a conflict they want to de-escalate can tap the “Get Help” button and enter a few details about the conflict along with their contact info.

Volunteer mediators — all of whom have been vetted and completed a 16-hour training program — get alerts when new conflicts are submitted. They can then use the “Mediator” button to respond to the conflict along with a partner mediator (no one mediates alone).

A pair of 16 year olds were the first to sign a “Philly Truce.”

This usually involves establishing a relationship with the individual parties with the goal of eventually bringing them together for a mediation session. The hope is that that will ultimately lead to the signing of a “Philly Truce” — a contract agreeing to put the conflict behind them.

On July 3, a pair of teens became the first to sign one of the contracts.

“Two 16-year-olds in a social media beef, hurled threats at one another, images of guns and the whole nine,” Casher told reporters. “We talked to them, a mother came to us, we mediated, they signed a truce.”

The big picture: For decades, the response to increased gun violence has been to send more police to violent neighborhoods. But while that can decrease violent crimes, it can also lead to police cracking down on residents for minor criminal activity, such as loitering or panhandling.

That “over-policing” can increase locals’ distrust of the police, whom they may view as more interested in punishing than protecting them. This view could lead a person to settling conflicts themselves rather than involving law enforcement.

“A lot of these [slayings] first started through robberies — they started through little beefs about this or that,” Kyle McLemore, a youth mentor for the New Options More Opportunities nonprofit, told the Philadelphia Inquirer.

“But now, once one gets killed, his friends feel they got to kill the other guy’s friends, so a lot of this violence is being fueled by vendettas,” he continued.

“We have to ask for the help, and we have to be the help.”

In the six months since the launch of the violence prevention app, hundreds of people have reportedly used it to either help mediate others’ conflicts or resolve their own.

That obviously hasn’t been enough to outright stop violence in Philadelphia, but preventing some violence is better than doing nothing at all, and Pickens and Casher are hopeful other cities will adopt the Philly Truce app in the near future.

“We have to ask for the help, and we have to be the help,” Casher told Wired. “We don’t have to become bystanders or be relegated to being bystanders in resolving the issues that we live through on a day-to-day basis.” 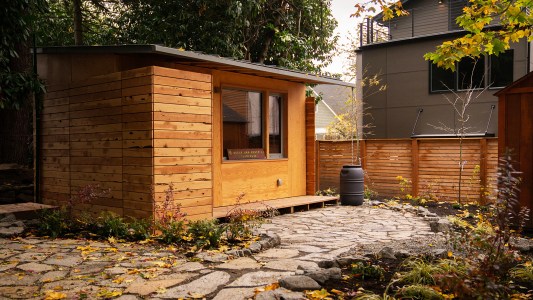